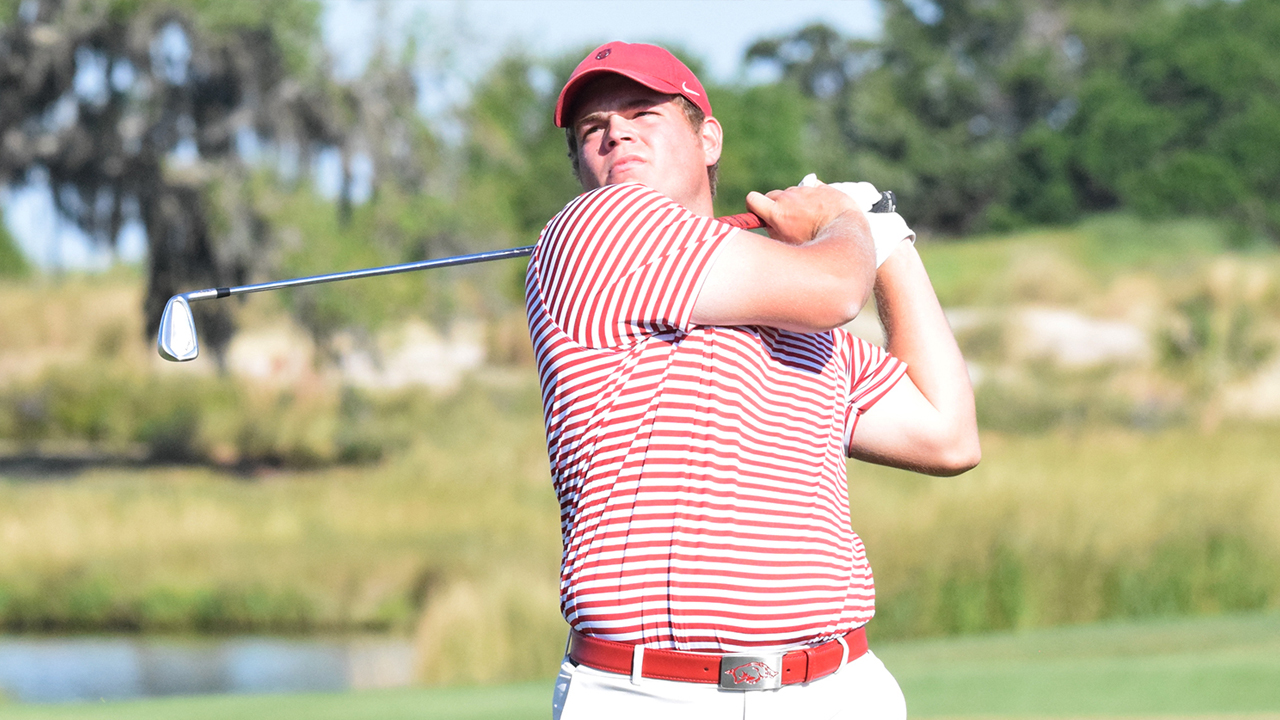 AUSTIN, Texas – Arkansas shot a second-round score of 291 and stands in fifth place with a two-day total of 573 at the NCAA Austin Regional. Three Razorbacks – Julian Perico, Mason Overstreet and William Buhl – are among the individual top 21.

Arkansas, one stroke behind fourth and five strokes from second, dropped one spot to fifth but have a five-stroke lead over sixth-place Southern Cal (578) with 18 holes remaining on Wednesday. The top five teams after Wednesday’s final round will advance to the NCAA Championship, hosted by Arkansas at Blessings Golf Club.

Perico continues to lead the Razorbacks. The freshman is -3 for the Regional (67-72=139), in sixth place and one stroke out of a five-way tie for first. Perico was 2-under-par and leading through 12 holes before settling for a 1-over-par 72.

Overstreet climbed 20 spots into a tie for 15th, shooting a 2-under 69 Tuesday and posting a 36-hole score of 143. Only three golfers had a better round on Tuesday as leader Steven Chervony was -5 and two others were -3. Overstreet raced out to a birdie three of his first eight holes before dropping a shot on his ninth hole. He offset two bogeys with two birdies on his back nine to shoot his 69. 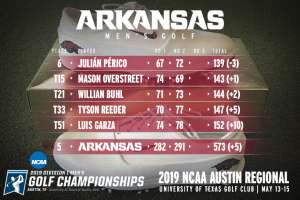