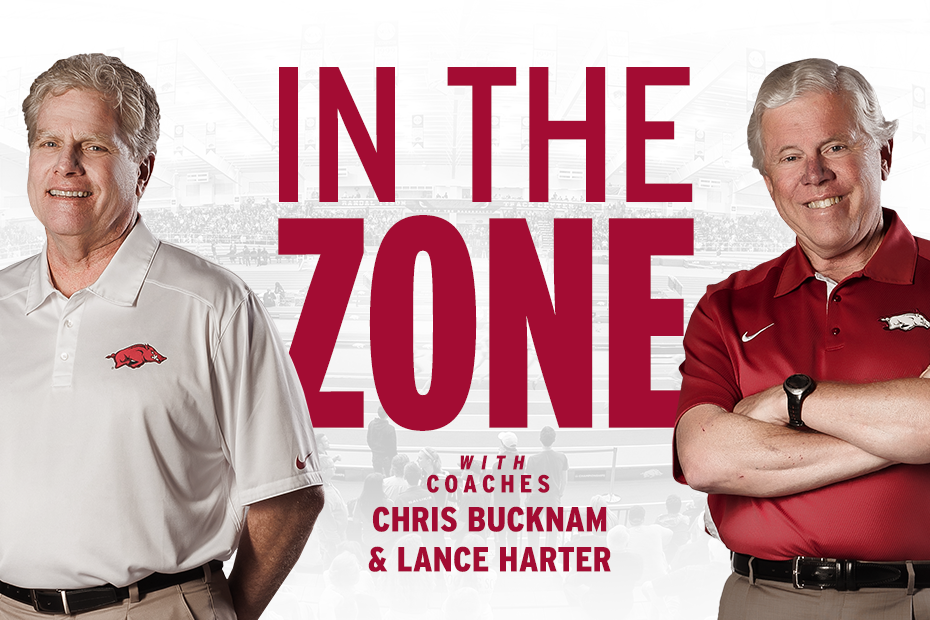 FAYETTEVILLE, Ark. – Arkansas track and field men’s head coach Chris Bucknam and women’s head coach Lance Harter welcome Razorback fans to join them for a new season of “In the Zone” lunches set to kick off on Tuesday, January 22.

The five-event series, to be held on one Tuesday of each month, will be hosted by Bucknam and Harter and is open to fans, local track officials and the media. The first installment of the series will feature a special recognition of our season ticket holders, and student-athletes from the reigning SEC Indoor Champions and NCAA runner-up women’s team and 2018 SEC Indoor runner-up men’s program.

The #InTheZone events will take place at Bordinos (310 W. Dickson Street) and feature both the men’s and women’s coaching staff as well as one student-athlete from each program per event. The programs will start at 12 p.m. CT with a weekly recap/outlook from the coaches, followed by a moderated student-athlete panel and will close with audience Q&A.

Season tickets for all eight home meets are available online by contacting the Razorback Athletics Ticket Center at 800-982-HOGS or visiting in person. The Ticket Center is located just east of Baum Stadium at 1295 S. Razorback Road in Fayetteville. All season tickets include a limited-edition Razorback Track Pint Glass! (one per account).

Allyson Felix qualifies for fifth Olympics, celebrates with her 2-year-old daughter on the track