Rapper 21 Savage was arrested by U.S. immigration officials on Sunday, who said he was illegally in the country and a convicted felon.

The rapper — whose real name is Sha Yaa Bin Abraham-Joseph — came to the United States from the UK as a teenager in 2005, overstaying his visa to settle in Atlanta, said Bryan Cox, a spokesman for U.S. Immigration and Customs Enforcement (ICE). Cox said Abraham-Joseph was in custody in Georgia and faced deportation proceedings in federal immigration courts. Abraham-Joseph was convicted on felony drug charges in Georgia in 2014, and was arrested on Sunday as part of a targeted operation with the cooperation of local law enforcement.

21 Savage’s attorney, Dina LaPolt, told Variety that Abraham-Joseph was a “role model” who was working on financial literacy programs aimed at helping underprivileged youth. “We are working diligently to get Mr. Abraham-Joseph out of detention while we work with authorities to clear up any misunderstanding,” she said. 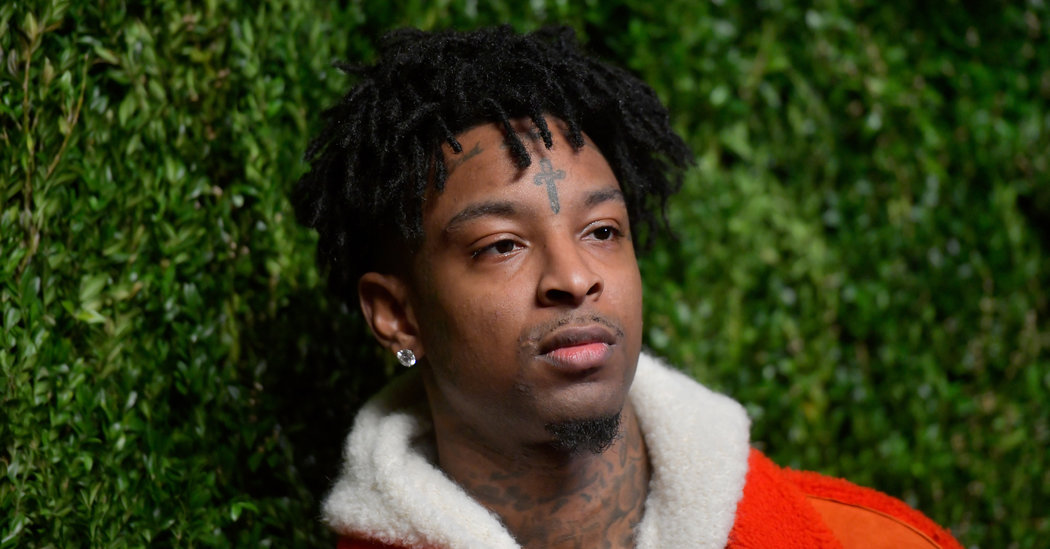 Rapper 21 Savage Is Taken Into Custody by ICE, Officials Say

Chance the Rapper invites fans into his ‘Mad Coloring World’