Queen guitarist Brian May revealed to fans that he recently suffered a “small” heart attack amid dealing with his previously reported “gardening accident,” which involved tearing a gluteal muscle. After further testing revealed a compressed nerve, the guitarist then suffered the heart attack that landed him on an operating table.

May gave a video update explaining his recent health woes, saying in part, “I told you that I had a ripped muscle. Now, that was the way I was diagnosed. And we thought it was, like, a bizarre gardening accident. I didn’t realize that was amusing, really — I’d kind of forgotten that anything to do with the bum, people find amusing.” May eventually “had another MRI, but this time I had one of the lower spine. And, sure enough, we discovered that I had a compressed sciatic nerve.”

The guitarist provided detail about the heart attack that ultimately revealed three arterial blockages in his heart: “In the middle of the whole saga of the painful backside, I had a small heart attack. And I say ‘small,’ you know, it’s not something that did me any harm. It was about 40 minutes of pain in the chest, and tightness, and that feeling in the arms and sweating.”  May chose to have the stents placed rather than undergo a more involved operation open-heart surgery.

Read the rest of his message here including his video message. 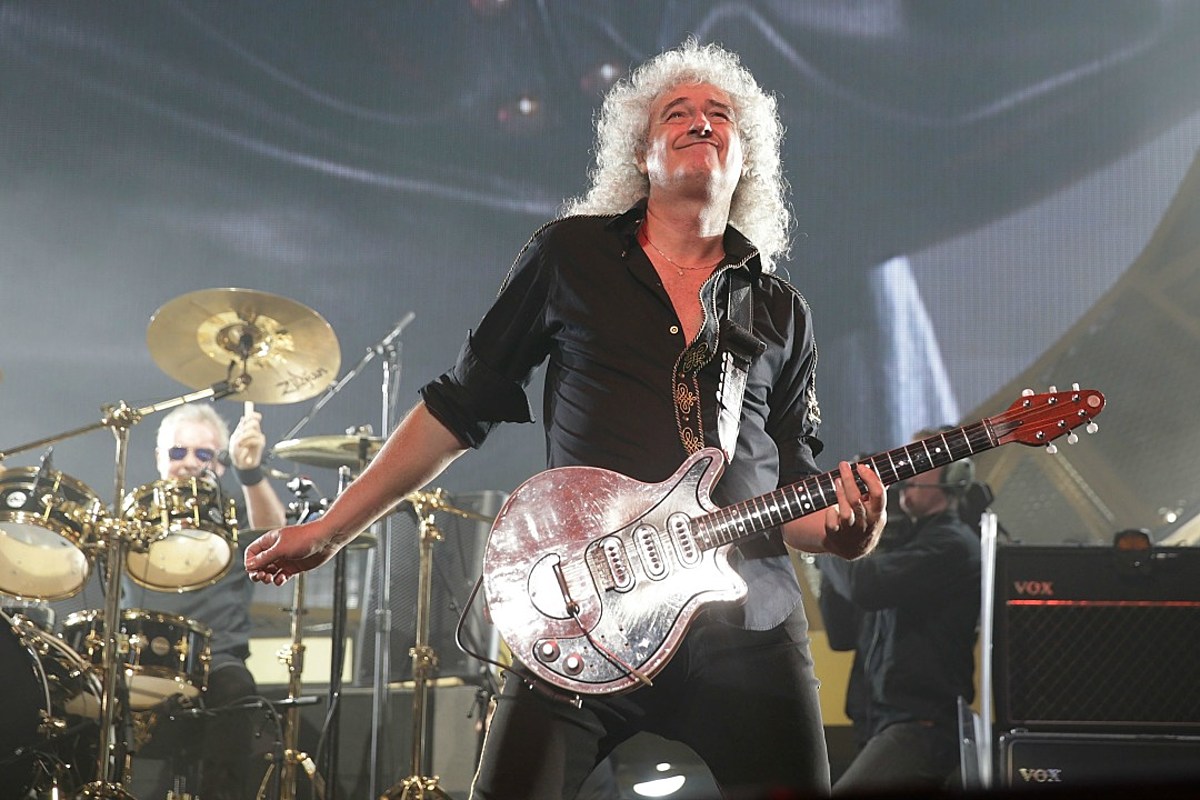 Brian May Reveals He Recently Survived a ‘Small Heart Attack’