This week, Queen’s Bohemian Rhapsody biopic has claimed the all-time No. 1 spot for music biopics in the United States, surpassing N.W.A.’s 2015 film Straight Outta Compton by more than $3 million.

Bohemian Rhapsody took the No. 5 spot in theaters this week, earning another $7.9 million and putting its domestic total at $164.3 million. Bohemian Rhapsody had already claimed the No. 1 music biopic spot worldwide, and has now earned more than $500 million worldwide.

Additionally just Last month the film’s title song, originally released on the band’s fourth album A Night at the Opera in 1975, shot back into the Billboard Top 100 singles chart for the third time. The film’s soundtrack has also given Queen their highest charting position in 38 years. 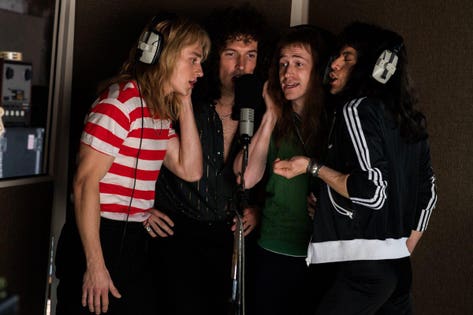 Via www.forbes.com
Opinions expressed by Forbes Contributors are their own. Hollywood & Entertainment I cover…
12/02/2018 10:05 AM