Protesters in Puerto Rico gathered outside the governor’s mansion, demanding that Governor Ricardo Rossello resign after last week’s corruption arrests – along with a group chat scandal that has led to the resignation of top government officials.

Rossello is rejecting calls to resign, however, even as his cabinet level officials and close associates have been pushed out of their roles. On Saturday, the non-profit journalism group Center of Investigative Journalism published nearly 900 pages of conversations which contained sexist, homophobic and misogynistic comments from the members of the group, according to the report. Rossello announced on Saturday that two of the island’s top officials had resigned; however he has vowed to keep working.

On Sunday evening, Rossello released a statement saying he spent the day in meetings government officials and will spend the week working on “transparency initiatives to combat corruption.” 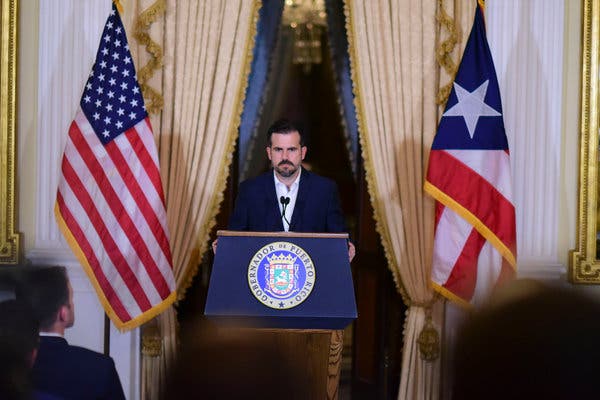