The New York Times reported Sunday that months after publicly accusing Harvey Weinstein of rape, actress and filmmaker Asia Argento made a deal with a young actor who accused her of sexual assault. Argento was among the first women to accuse movie mogul Weinstein of sexual misconduct, and has been a leading figure in the #MeToo movement. The New York Times claimed it has lawyers’ documents showing that actor and musician Jimmy Bennett alleged Argento sexually assaulted him in 2013 when he was 17 and she was 37. Bennett said the assault took place at a hotel in California, where the age of consent is 18. Bennett played Argento’s son in the 2004 movie “The Heart Is Deceitful Above All Things.” The Times reported they received the documents “through encrypted email by an unidentified party,” and that they included “a selfie dated May 9, 2013, of the two lying in bed.” “As part of the agreement, Mr. Bennett, who is now 22, gave the photograph and its copyright to Ms. Argento, now 42,” the story said. “Three people familiar with the case said the documents were authentic.” Bennett reportedly asked Argento for $3.5 million in damages, a month after she spoke out about Weinstein last October. Argento later arranged to pay Bennett $380,000; the first installment was made in April 2018. 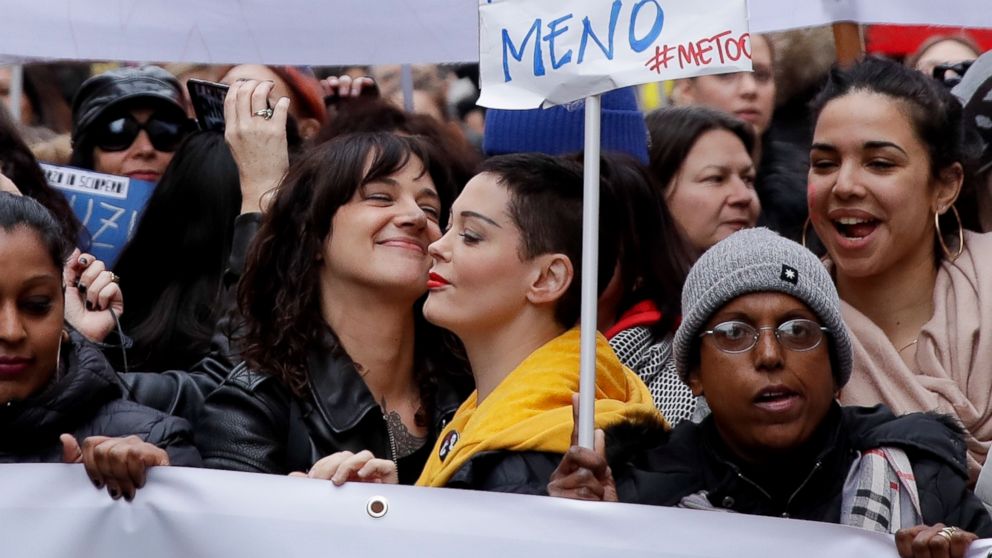 Asia Argento, who accused Harvey Weinstein of sexual assault, paid off her own accuser: Report

Via abcnews.go.com
Months after Italian actress Asia Argento became one of the first people to publicly accuse…
08/20/2018 9:10 AM

After premature report of her death, former Bond girl and ‘Charlie’s Angels’ actress Tanya Roberts has now passed away