On Sunday, President Donald Trump stated that spurring an economic recovery without risking lives can be done.  Trump said, “you can satisfy both” as some states stated to gradually lift lockdowns, while also hoping to protecting people from the coronavirus pandemic that has killed more than 60,000 Americans.

Fielding questions from Americans in a virtual town hall from the Lincoln Memorial, President Trump acknowledged valid fears on both sides of the issue. Some people are worried about getting sick; others are reeling from lost jobs and livelihoods. Trump increased his projection for the total U.S. death total to 80,000 or 90,000, but also struck a note of urgency to restart the nation’s economy, declaring “we have to reopen our country,” adding, “we have to get it back open safely but as quickly as possible.”

Many public health experts believe the nation cannot safely reopen fully until a vaccine is developed. Trump declared Sunday that he believed one could be available by year’s end. 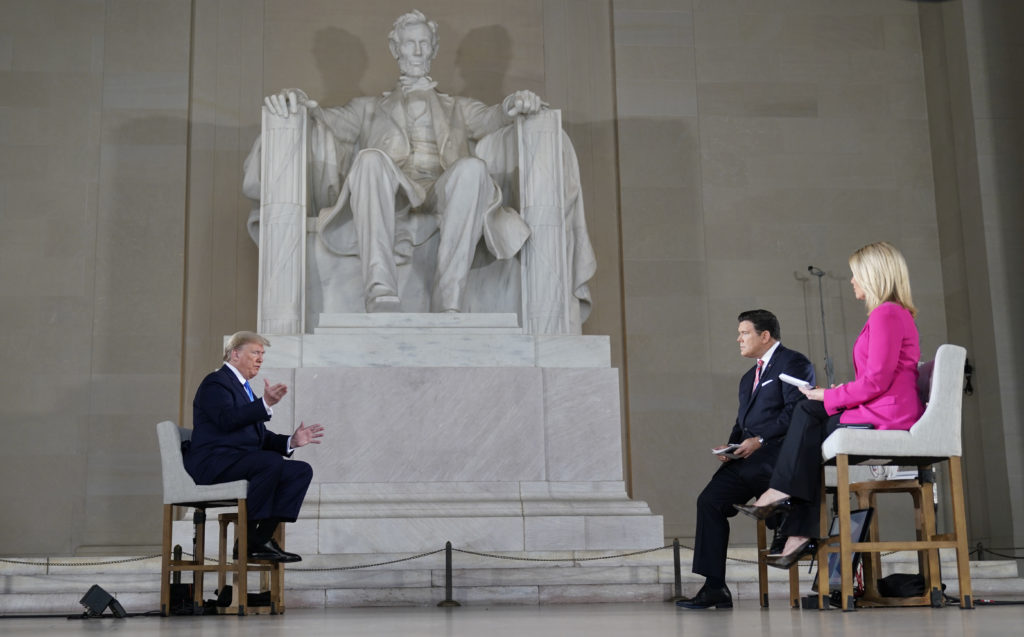