In an address from the Oval Office, President Trump delivered an address to gain support for his proposed border wall and to end the partial government shutdown.

Trump declared a “growing humanitarian and security crisis at our southern border” during the address to the nation on Tuesday night, saying, “all Americans are hurt by uncontrolled illegal migration,” and calling the problem a “crisis of the heart and crisis of the soul.” The President added, “This is the cycle of human suffering I am determined to end.”

The president’s nine-minute address — his first from the Oval Office — comes as a partial government shutdown stretched into its third week, due to a standoff between Trump and House Democrats over his demand for more than $5 billion to build a wall along the U.S.-Mexico border.

After the President’s address, House Speaker Nancy Pelosi and Senate Minority Leader Chuck Schumer issued the official Democratic response to the president’s remarks. They accused Trump of using “the backdrop of the Oval Office to manufacture a crisis” in his prime-time address to the nation. Said Schumer: “we can secure our border without an expensive, ineffective wall. And we can welcome legal immigrants and refugees without compromising safety and security. The symbol of America should be the Statue of Liberty, not a 30-foot wall.” 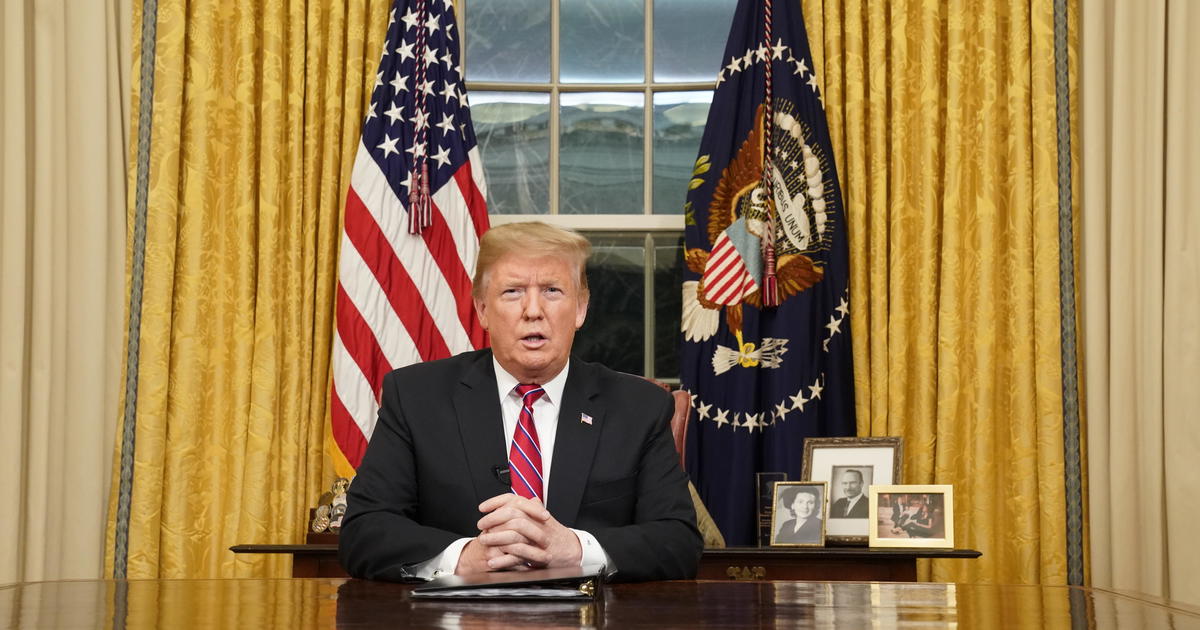 Victim speaks out after police officer filmed stomping on his head

One nation under fire: A week’s glance at gun violence ripping across America