On Wednesday President Trump slammed plans to expand voting by mail in Michigan and Nevada, even briefly threatening to withhold federal funding for the states. He later dropped the warning after criticism from Democrats.

Trump has repeatedly expressed his opposition to mail-in voting, saying the expansion in Michigan and Nevada could lead to voter fraud. Numerous studies have found little evidence of voter fraud connected to voting by mail. States have broad authority to set their own rules for voting.

Many states have pushed to expand vote-by-mail options as a safer alternative in the midst of the coronavirus outbreak. “This was done illegally and without authorization by a rogue Secretary of State. I will ask to hold up funding to Michigan if they want to go down this Voter Fraud path!” Trump wrote on Twitter. Trump also threatened Nevada’s federal funding, saying the state’s move to expand voting by mail created “a great Voter Fraud scenario.”

Trump later walked back the threats on the unspecified funds, telling reporters at the White House “I don’t think it’s going to be necessary.” But he kept up his criticism of voting by mail as “a very dangerous thing.” 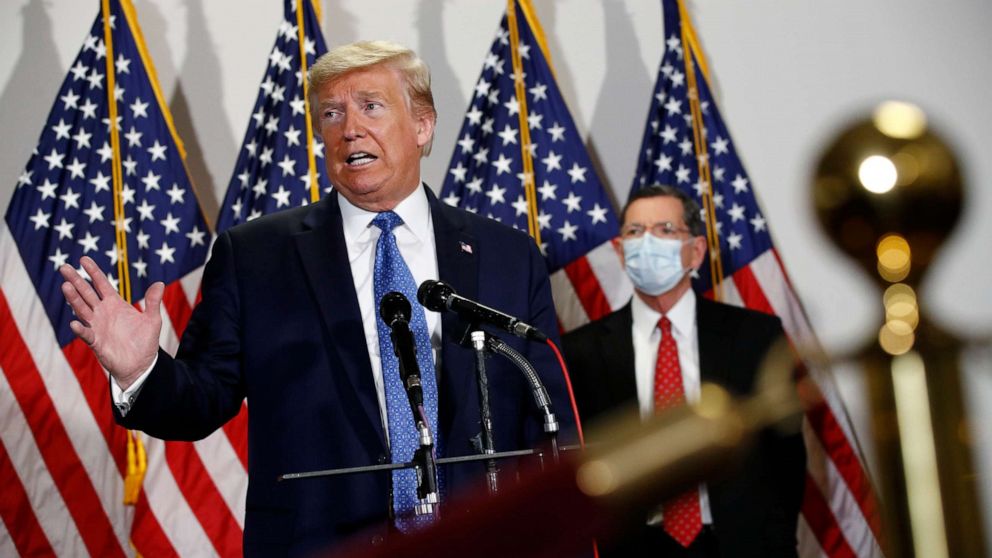