Kansas City police say that two suspects are in custody after a car chase along the parade route for the Super Bowl champion Kansas City Chiefs. The incident began at 8:12 a.m. local time when the car broke through a parade barrier.

Police deployed Stop Sticks, which the vehicle ran over, but the car kept going down the parade route, which was lined with people. Video footage from local TV stations showed police making contact with the car before spinning it around and wedging it in with a second police cruiser. The car was immediately surrounded by a multitude of law enforcement officers.

Police say the driver is under investigation for, and there is no known motive at this time. 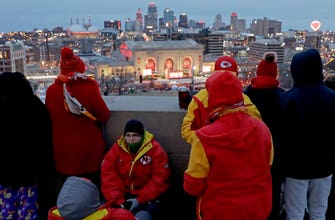