According to grand jury filings on Wednesday, the suspect in the Pittsburgh synagogue massacre faces 44 federal charges in the slaying of 11 worshippers during last weekend’s Shabbat services, 32 of them which are death penalty offenses. Included are 11 counts each of obstruction of the free exercise of religious belief resulting in death and use of a firearm to commit murder during a crime of violence, a conviction on any of which could be punishable by death, according to the indictment. The suspect, 46 year old Robert Bowers of Baldwin, was wounded at the scene of the shooting and was brought into federal court Monday in a wheelchair. He spoke only to answer the judge’s questions. Bowers is accused of the shooting at Saturday morning services at the Tree of Life synagogue in the Squirrel Hill neighborhood, after making anti-Semitic posts online. He also said he wanted to kill Jews during his shootout with police. Four police officers were wounded trying to apprehend Bowers, who stands accused of shooting three of the wounded officers. Two civilians were also wounded. 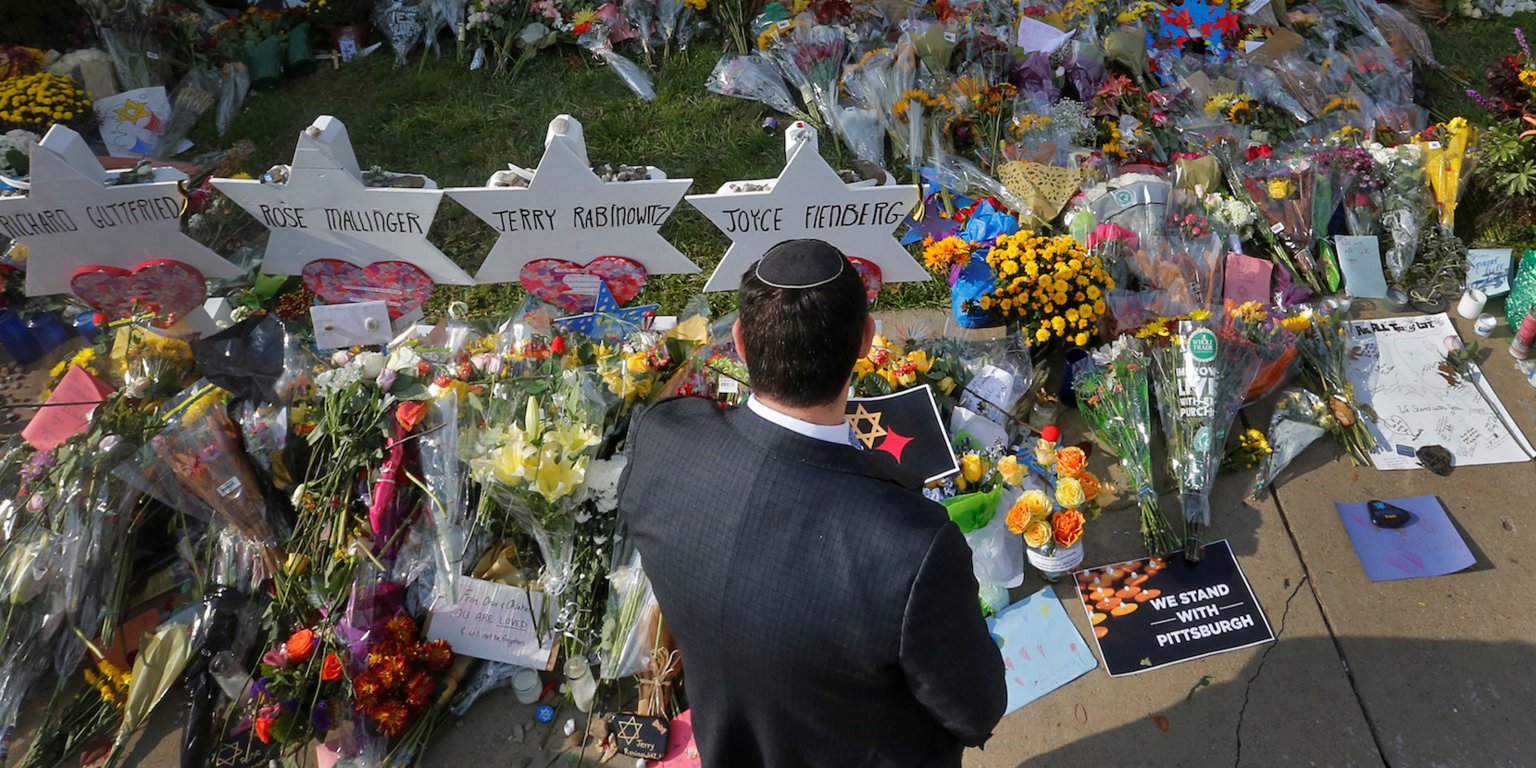 Asian man stabbed in back in Chinatown, suspect charged with attempted murder as a hate crime