Gerrit Cole and the New York Yankees have agreed to massive nine-year deal worth $324 million, averaging out to $36 million a season. The 29-year-old pitcher is coming off an outstanding two-year stint with the Astros, where he went a combined 35-10 along with a 2.68 ERA and 5.38 strikeout-to-walk ratio in the regular season.

It’s a record deal for a pitcher and the biggest payday by the Yankees for a pitcher since they signed Masahiro Tanaka to a seven-year, $155 million contract prior to the 2014 season.

Cole finished in the top five of the AL Cy Young voting in both seasons, including a second-place finish to teammate Justin Verlander in 2019. 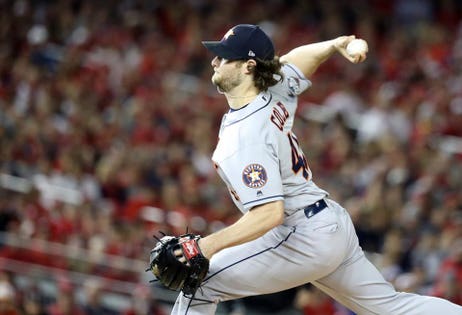