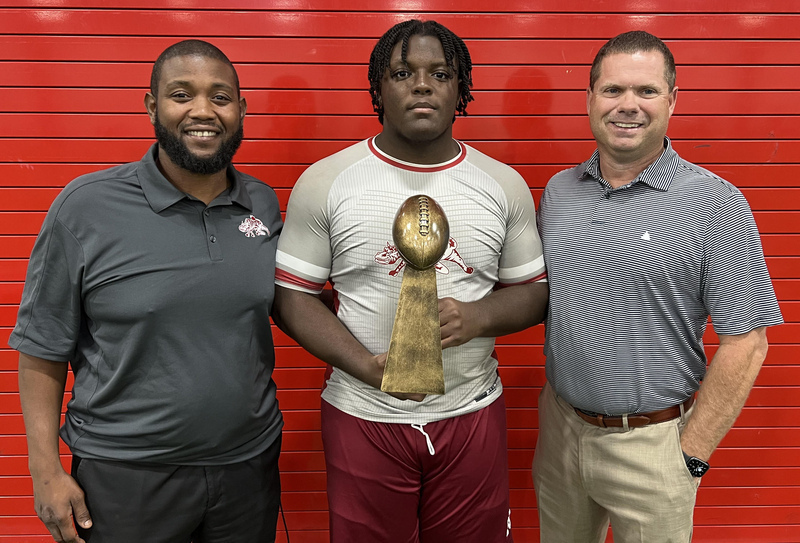 Johnson spoke with Deltaplex News to give his thoughts on what it means to him to earn the award.

Johnson recorded three sacks against Maumelle. He gave his thoughts on his performance in the game.

He said that new head coach Michael Williams is inspiring the team to work harder.

Johnson finished by speaking about his goals for the remainder of the season.