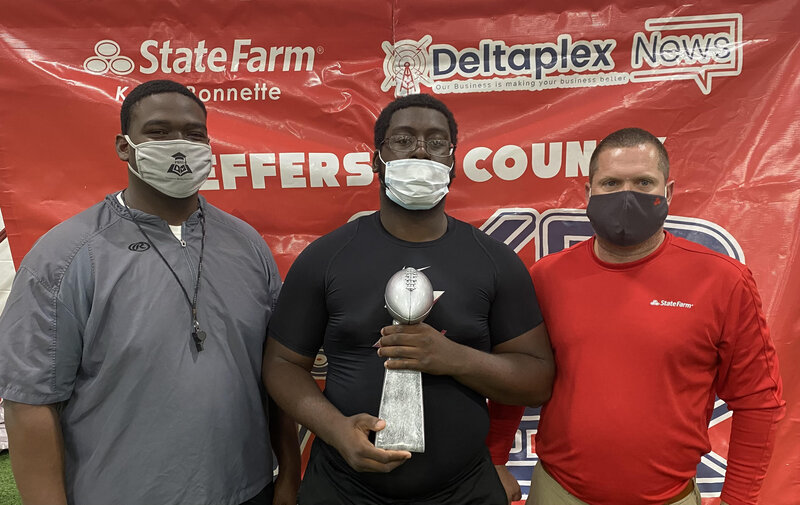 Clark was instrumental on both sides of the football in the Zebra’s 27-26 victory over West Memphis.

He spoke about what it means to him to be selected as the Jefferson County Player of the Week.

Clark gave his thoughts on how the season has been for the Z’s.

With all of the COVID we struggled to find a well-balanced offense and defense [early on],” said Clark. “We have found that and now we are playing our hearts out.”

Pine Bluff will play Sheridan in the Z’s first home game of the year Friday, but Clark said they will treat is like an away game.

“We are still going to treat thig thing like it is an away game,” he said. “We are just going to go out and find a way to pull out a win.”

Clark said he has been picking up some recruiting interest from Arkansas State.

“I’m hearing from Arkansas State,” said Clark. “They came down to see me last year before COVID. They told me that if I want to go play somewhere else to just call them first.”

He also spoke about how he feels the Z’s will do in the playoffs and his goals for the rest of the season.

“I think we will do good in the playoffs,” said Clark. “My goals will be to finish the season with 100 tackles.”