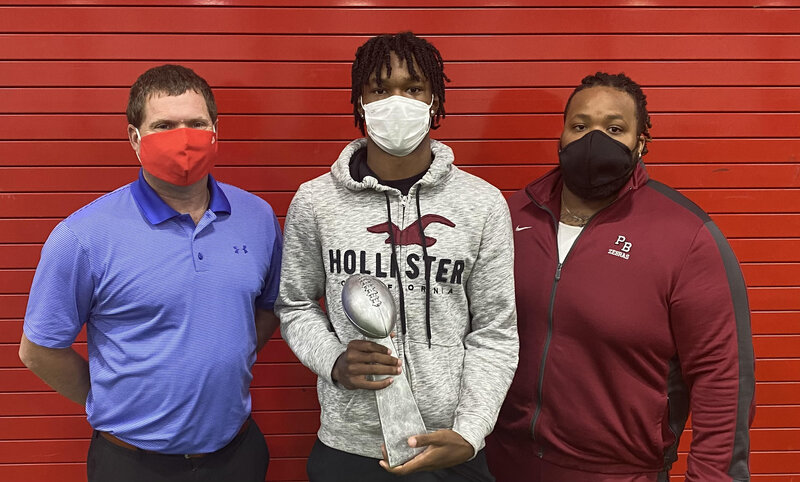 Pine Bluff athlete Blake Hegwood has been named the Week 11 Kevin Bonnette State Farm Player of the Week after he recorded three receptions for 95 yards in addition to four interceptions and a touchdown in a win over Sheridan last week.

He spoke with DeltaplexNews.com about the game and more.

“It means a lot to me to be able to go out on the field and help my teammates,” said Hegwood. “It was our last game so we wanted to make sure to help our seniors go out with a win.”

Hegwood gave his thoughts on being named Player of the Week.

Hegwood said that now that the Z’s football season is over he will begin to focus on baseball.

“I’m not going to go into offseason. I’m going to focus on baseball,” said Hegwood. “I want to do what I can in baseball at pitcher and center field. I made All-Conference last year.”

He also spoke about his goals for the rest of his junior year.

“Just to win conference in baseball and to keep my grades good,” said Hegwood.