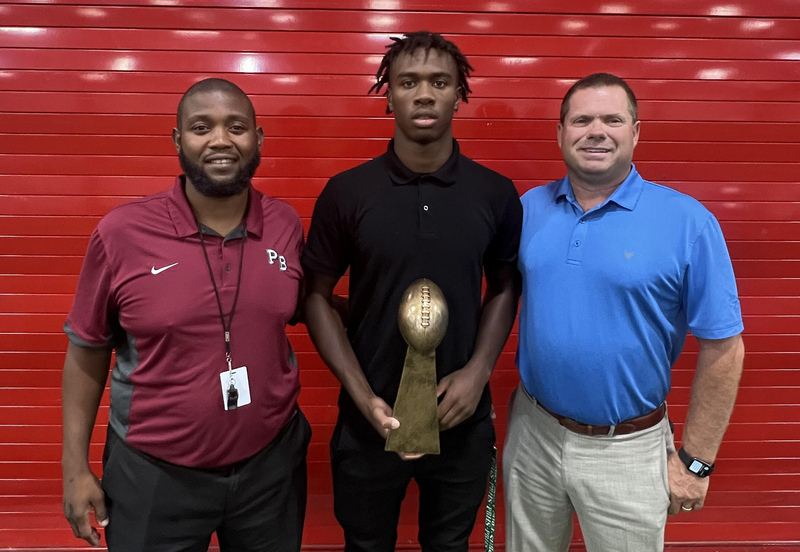 Dendy, who missed the majority of the 2021 season with an injury, spoke with Deltaplex News to give his thoughts on what the award means to him.

Dendy said that he was playing not only for his team, but also his uncle that passed away recently.

He said that the Zebras are ready to battle cross town rival Watson Chapel on Friday night.

Dendy finished by saying there is only one thing he is focused on in 2022.