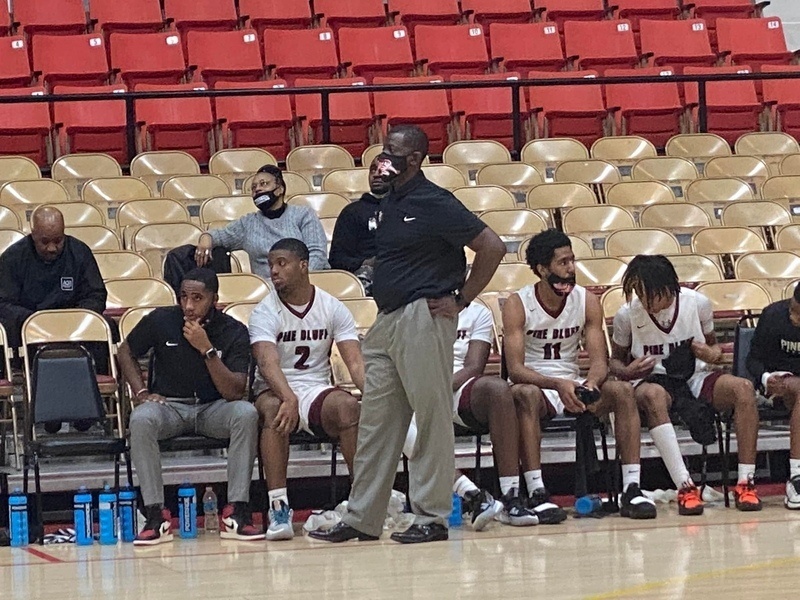 The Pine Bluff Zebras became the first team from Jefferson County to win a game in the King Cotton Holiday Classic since the tournament returned to action in 2018 with a 63-50 victory over Calvary Baptist, while Watson Chapel followed up with a 26-25 victory over the same team Wednesday to become the second team from Jefferson County to earn a victory in the tournament.

Courtney Crutchfield led the Z’s with 22 points, 6 rebounds, and 3 steals, while X’Zaevion Barnett registered 11 points with 2 rebounds and a steal followed by Troyreon Ramos with 10 points, and 4 rebounds in the Tuesday victory over Calvary Baptist.

Pine Bluff becomes the first local team to win a game in the @TheKingCottonHC since the tournaments return in 2018. The Z’s defeat Calvary Baptist 63-50. #ArPreps #ArkVarsity pic.twitter.com/nAevF6I8YT

Watson Chapel picked up their victory over Calvary Baptist in the second game of the day Wednesday in a low scoring affair led by Khamani Cooper with 12 points, 5 rebounds, and 1 steal. Keshun Brown and Hampton Hall scored 3 points respectively to follow Cooper in scoring.

Both teams went 1-2 in the tournament as Pine Bluff lost a close one Monday night to Cane Ridge by the score of 62-57. The Z’s fell to Raymond by the score of 58-53 following a hard fought battle where early foul trouble led to Crutchfield and Adams leaving the game early.

Watson Chapel suffered a 66-18 loss to Beaumont United on Monday followed by a 58-46 loss to Raymond on Tuesday.