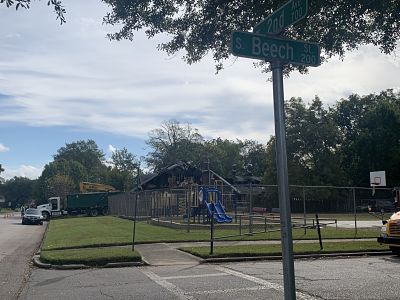 The Pine Bluff Urban Renewal Agency has been working diligently throughout the year to complete its list of demolition projects to remove dilapidated properties from throughout the community. On Wednesday, October 13th the agency began its fourth demolition of the month at 606 W. 2nd Avenue to remove a home that has been condemned.

Chandra Griffin the newly announced Interim Executive Director spoke with Deltaplex News about why this project had a high priority for the agency.

The school that Griffin was referring to was the Lighthouse Academy located directly next door on 708 W 2nd Avenue. The house gate and the playground gate were directly adjacent to one another which was what Griffin described as an “eyesore” to the neighborhood and the presentation of the school’s environment.

The three-day process of that demolition is underway including removing the trees and bushes that block the sidewalk in front of the property. Griffin explained that in order to safely remove those trees the agency had to make sure that they don’t hit any gas or electrical lines which was their first task for the project. She anticipates for the project to be complete by Friday, October 15th. 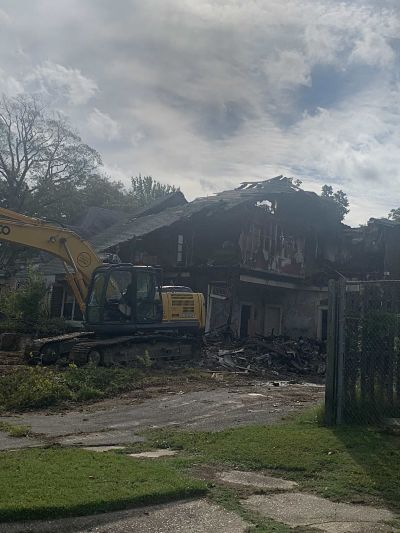 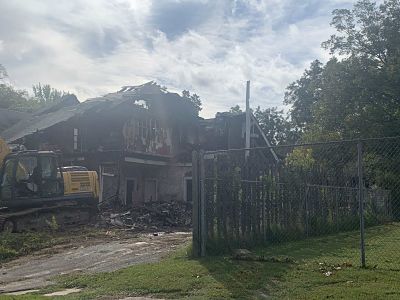