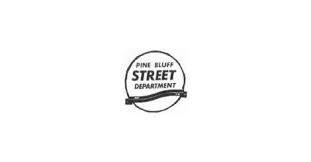 The revelation by Liberty Utilities last week that over 900 million gallons of water was unaccounted for over a two-year period has raised questions about how that water might have affected Pine Bluff city streets, particularly with constant patching of potholes.

Rhoden was also asked if there was anything that could be done to improve the situation.

Rhoden received praise for the department’s efforts to make sure that critical roads, particularly to the hospital were kept open during the two separate snowstorms, and the ice event before that.