It was billed as a Solidarity Rally at the Pine Bluff City Hall Thursday, but this rally was done with a major difference.

Instead of people standing next to each other cheering and shouting, those attending were asked to sit in their vehicles and listen to the program on Oldies 101.3. and honk their horns, a way Michael McCray said, would allow for social distancing.

The rally was to protest against police brutality and particularly the death of George Floyd, who died after a police officer in Minneapolis put a knee of Floyd’s neck and held it there for more than eight minutes. That officer as well as three others who were at the scene were fired and all face criminal charges.

On Thursday night, speaker after speaker mentioned Floyd, then went on to decry not only brutality but to appeal for social justice.

“We will not stand corruption and police brutality against our brothers and sisters,” Kymara Seals, one of the organizers of the rally said.

Another common theme was the need to vote.

“If we want to change the system, we must vote,” Mayor Shirley Washington said.

“Register to vote,” State Senator Stephanie Flowers said. “Let people coming out of prison know they can vote. We need to reset the United States of America. This is our country. We belong here.” 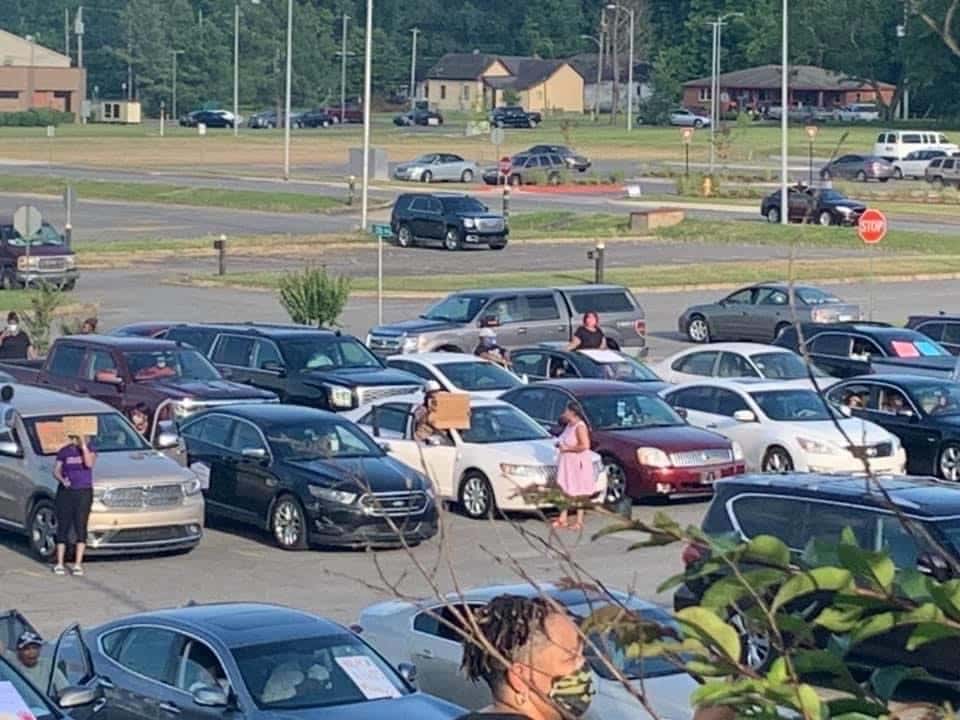 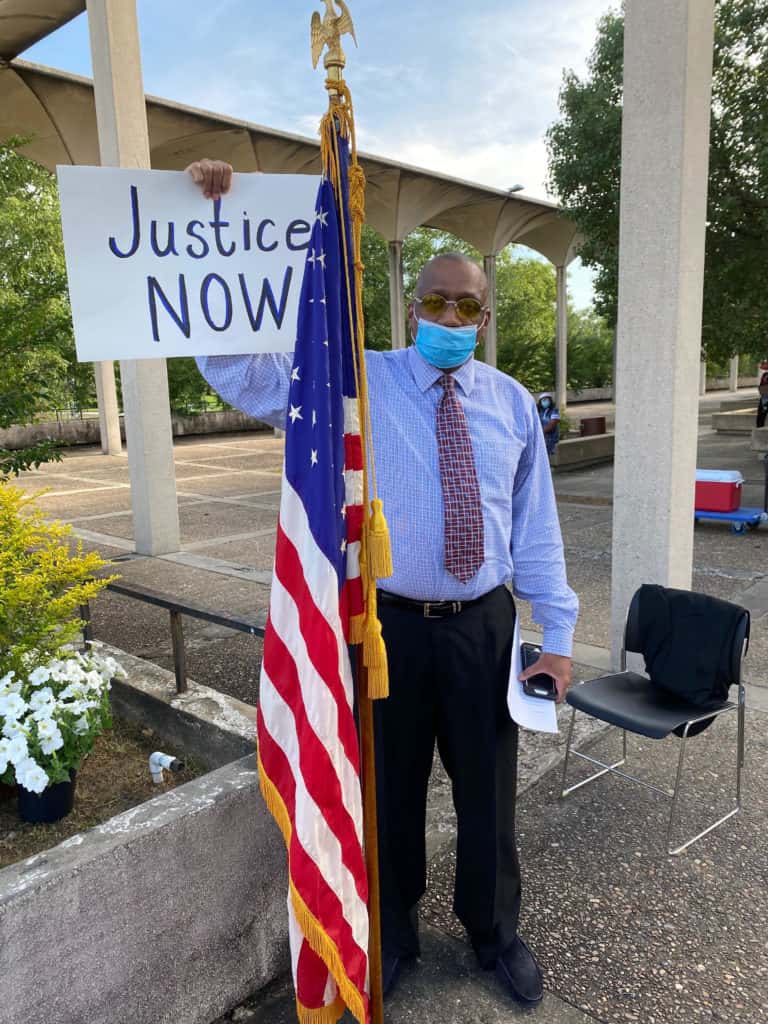 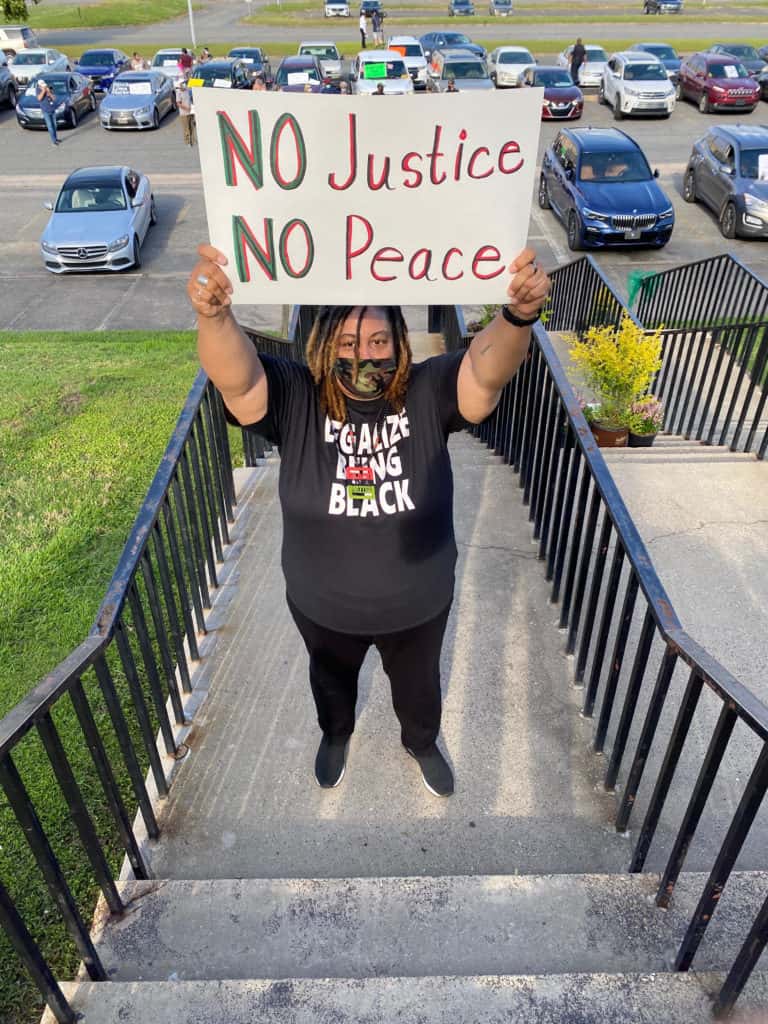 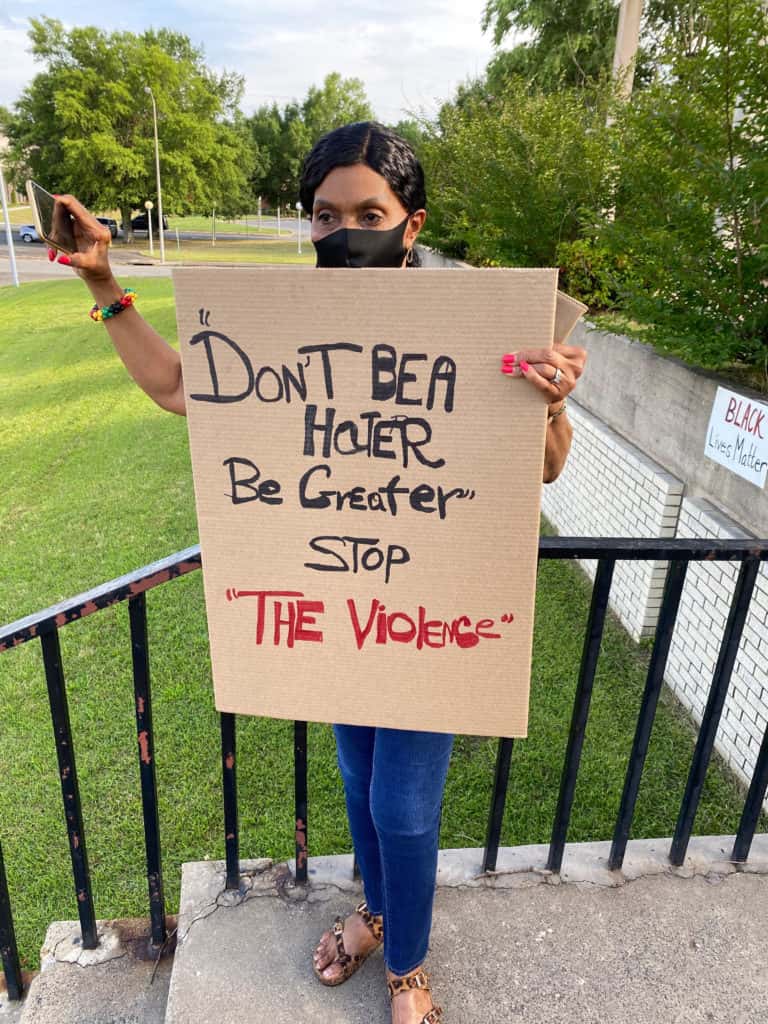 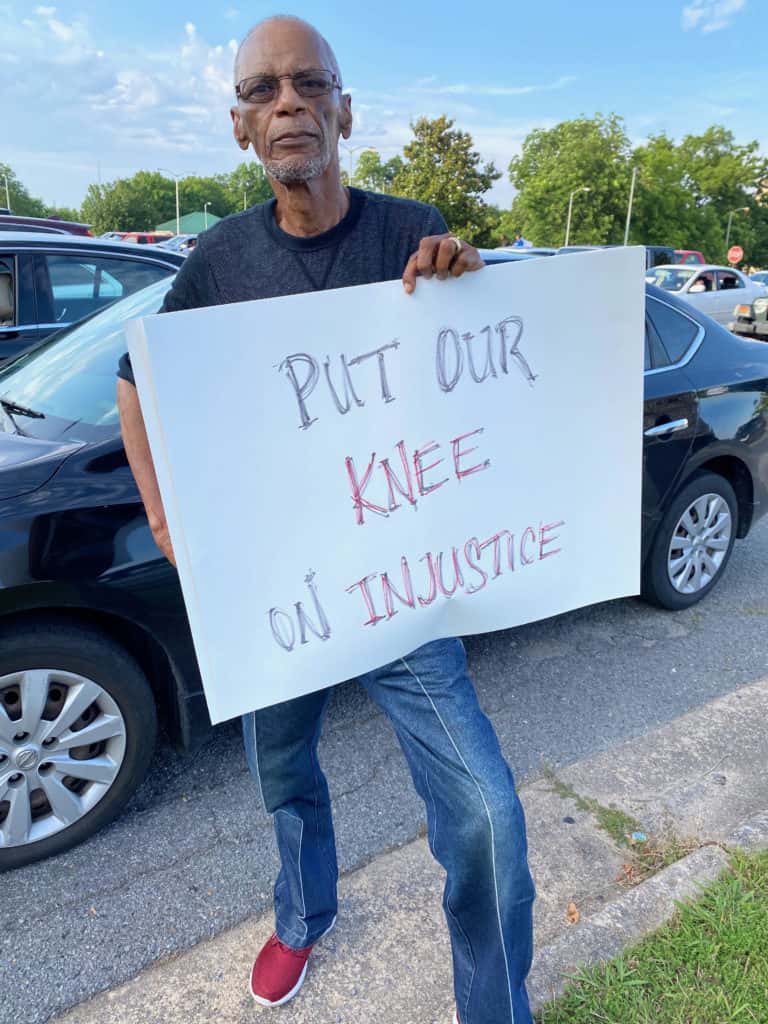