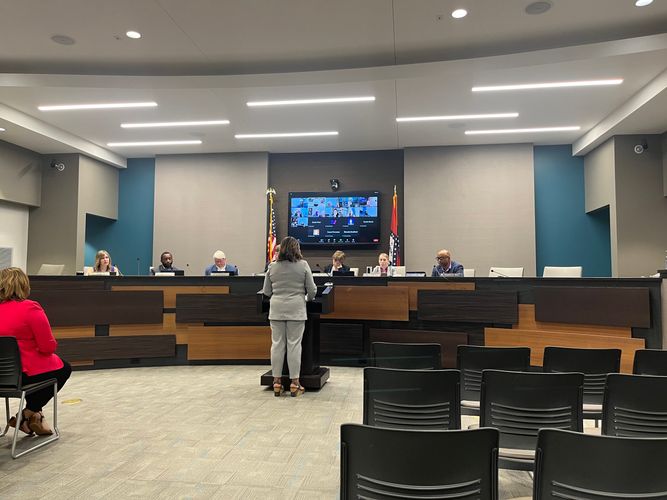 The Arkansas State Board of Education met on Thursday, May 12 for a regular monthly meeting at the Arch Ford Education Building in Little Rock. Citizens from the Pine Bluff community joined the meeting to speak about the direction that the Pine Bluff School District is in during the public comment section of the meeting.

Jefferson County Quorum Court Justice of Peace, Alfred Carroll was among those present to speak to the board and after the meeting explained more to Deltaplex News as to why he felt it was important for him to do so.

President of the Parent-Teacher Association at Pine Bluff High School Trammell Howell also spoke with Deltaplex News about the key focus points for concern that she believes need to be addressed now.

In relation to the teacher shortage that Howell mentioned, she touched more on how the Dollarway and Pine Bluff School Districts are still separated. Explaining that that could also be contributing to the shortage and other issues.

Carroll mentioned that the school districts in Arkansas that are predominately minority or in small rural areas are, “being allowed to fail”.