The State Street entrances to both the Fire Department and PBPD facilities were underwater for more than an hour Saturday while emergency crews worked in other parts of the city on high water rescues, emergency officials said.  City officials said it will likely be several days before a dollar amount can be attached to the damage.

The Jefferson County Election Commission building (shown in photos below) is riddled with ceiling leaks, soaked carpets and inoperable voting equipment as a result of extensive water damage. 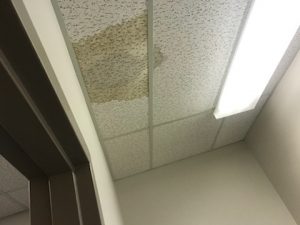 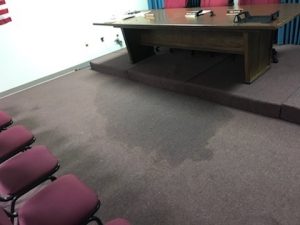 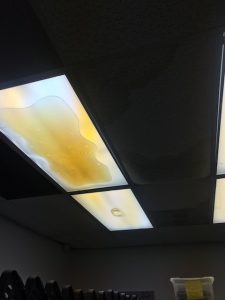 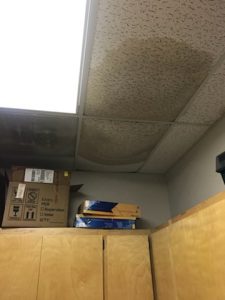 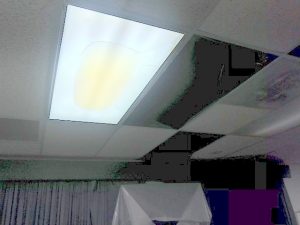 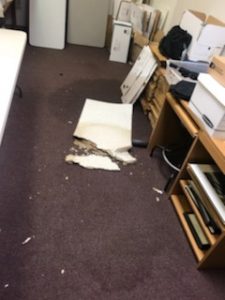 On Main Street downtown, water submerged several vehicles and was rushing through like a raging river. No serious injuries have been reported due to the flooding.

It’s a problem that’s only escalated after flash floods ripped through the Pine Bluff area on Saturday.

But according to election officials, the issue stemmed back in April when hailstorms took place.

Repairs were able to be made in time for the May election, however subsequent storm water damage resulted in more problems that have yet to be fixed, according to election officials.

“It’s very concerning to me that if we don’t have voting machines and a building to use — it’s devastating if we don’t have an election,” said Michael Adam, chairman of the Jefferson County Election Commission.

Adam noted more than 100 electronic voting machines are inoperable because of water damage.

The roof continues to leak and ceiling tiles are falling.

He said the insurance company approved roof repairs back in May. Its been a waiting game ever since.

“We thought it was going to happen right then, that was the plan. But somewhere, the county judge has not gotten that done. Somehow or another they waited four to five weeks to send out bids and of course it’s an emergency. It’s an election,” Adam said.

“The amount that the insurance company would pay is a whole lot less than what the contractors would repair the damages for. That’s holding everything up for now,” Clemons said.

Adam remains dumbfounded regarding the whole situation, hoping a fast fix is met in the coming weeks.

“It’s really a loss of words how to describe it because it should’ve never happened. Somebody’s dropped the ball somewhere.”