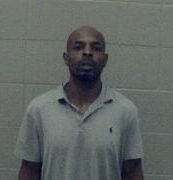 A Pine Bluff man accused in the shooting death of another man on July 26 will be held without bond while prosecutors prepare formal charges against him.

Following a court hearing Friday, Jefferson County District Judge Kim Bridgforth ruled prosecutors have probable cause to charge Kevin McKinney, 42, with capital murder, arson, abuse of a corpse, and being a felon in possession of a firearm.

McKinney surrendered to police after he and a second suspect, James Dixson, also 42 were identified by a witness who saw them leave a house that was on fire at 2307 W. 11th Ave.

When firefighters extinguished the fire, they found the body of a man later identified as Nickie Woodfolk, and the state medical examiner ruled that Woodfolk died as the result of gunshot wounds.

Carson then continued to report what the witness said.

Dixson is still at large and anyone with information is asked to contact the Detective Division at 730-2-90 or the dispatch center at 541-5300.