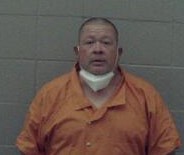 A Pine Bluff man was arrested Sunday after a reported armed disturbance in Jefferson County.

Michael Brooks, 43, was taken into custody by Jefferson County Sheriff’s deputies and during a court hearing Tuesday, Deputy Prosecutor Mircha King explained why.

Pine Bluff District Judge John Kearney set a $10,000 bond for Brooks after ruling prosecutors have probable cause to charge him with aggravated assault. Brooks said he would hire his own attorney and was told to have no contact with the victim until the case is settled.