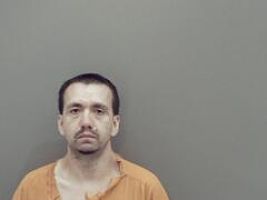 A report that a man was down sent Pine Bluff Police to the 2200 block of Chestnut Street Tuesday where they found the man unconscious and bleeding from the left side of his head. The man, later identified as Eddie Wilkerson was taken to Jefferson Regional Hospital and later sent to UAMS after doctors determined the man had bleeding and swelling on the brain.

A suspect, identified as Robert Jamison, 38, was taken into custody and during a court hearing Thursday, Deputy Prosecutor Caleb Conrad said Wilkerson also had a swollen left eye and left cheek and a witness to the incident told police where Jamison could be located.

Jamison was questioned by Detective Ryan Edwards and Conrad told the court what Jamison said.

Conrad said Edwards went to UAMS but was unable to get a statement from Wilkerson because of his injuries.

Pine Bluff District Judge John Kearney set a $10,000 bond for Jamison after ruling prosecutors have probable cause to charge him with second-degree battery. He was ordered to have no contact with Wilkerson until the case is settled.

Jamison will also be held at the Arkansas Department of Community Corrections for allegedly violating the conditions of his parole.

$5,000 bond set for Pine Bluff man accused of breaking into a building

$10,000 bond set for Pine Bluff man accused of punching and choking his girlfriend

$5,500 cash only bond set for White Hall man accused of breaking or entering