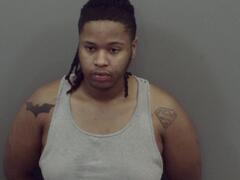 A Little Rock man was arrested Wednesday after he allegedly pointed a gun at the mother of his child and threatened to kill her.

Brian Thornton, 22, was taken into custody after police responded to a reported armed disturbance at 2806 W. 26th Ave.

Reading from a probable cause affidavit from Detective Mike Merritt, Deputy Prosecutor Jill Reed said Merritt spoke to the female victim and Reed told the court what the woman said.

Jefferson County District Judge Kim Bridgforth set a $5,000 bond for Thornton Friday after ruling prosecutors have probable cause to charge him with aggravated assault on a family or household member. Thornton was ordered to have no contact with the victim until the case is settled.