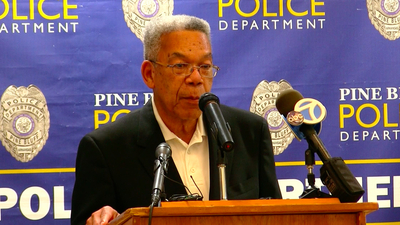 On Tuesday, a resolution urging Mayor Shirley Washington to restart the process of hiring a new police chief was defeated by a 4-4 tie vote by the City Council.

The resolution was sponsored by current Council Member and retired Police Chief Ivan Whitfield, and it said that the current interim Chief, Lloyd Franklin Sr., had indicated he was not interested in the position on a permanent basis.

On Friday, Franklin told Deltaplex News that he had not had a conversation with Whitfield on that subject, then went on to say this.

Franklin went on to say that he did not intend to have a conversation with Whitfield.

On another subject, Franklin said that because a number of officers have been affected by COVID-19, the department has had to make a change in the way they answer some calls.