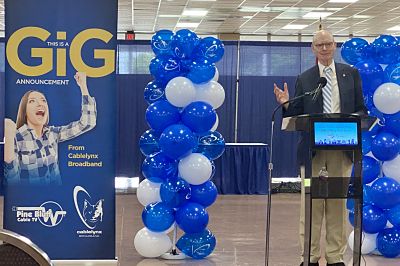 Pine Bluff Cable TV hosted an event at the convention center on Thursday, June 24th to announce upgrades to its network and distribution systems with the goal of launching true gig speeds to all of the homes and businesses in its service area. The event was led by Chuck Launius, the original vice president and general manager for the Central Arkansas Region Operation.

Launius went on to tell the crowd what he is excited about in regards to this upgrade.

Walter E. Hussman, Jr., the chair of WEHCO Media, which is the parent company of Pine Bluff Cable TV, made the announcement. They explained how they will upgrade their system, increase service speeds, and increase data allowances for each Cablelynx Broadband residential and business service package offered. Hussman further explained how this project adds to the company’s already existing fiber-optic infrastructure.

The company announced that by the end of July 2021 speeds up to 250 megabits will be available throughout the entire system. Jeremy Galloway, the General Manager for Pine Bluff Cable TV, further explained how long the upgrade process will last.

Galloway went on to breakdown the options that residential subscribers will be offered for their internet service in order to meet growing demands.

Mayor Shirley Washington also spoke at the event and highlighted all of the new projects and infrastructures that are being developed in Pine Bluff, explaining how these upgrades add to the progress that the city is making. She also explained the importance of broadband, especially during this time of development in Pine Bluff. 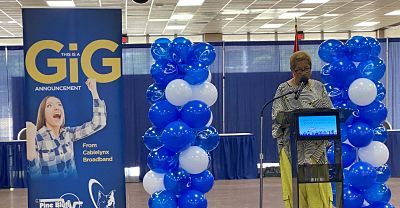