The Philadelphia Flyers have signed center Kevin Hayes to a seven-year contract worth $50 million. The deal, announced Wednesday, has an average annual value of $7.14 million.

Flyers general manager Chuck Fletcher said: “We are very happy to sign Kevin to a long-term contract. He plays a smart, two-way game and is just entering the prime of his career. Kevin will add size and skill to our line-up.”

The Flyers acquired Hayes on June 3 in a trade with Winnipeg. The center was due to become a free agent July 1. Hayes had a career-high 55 points last season with the New York Rangers and Jets. 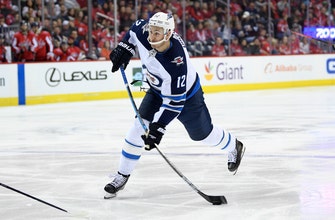