Phase one of Downtown Pine Bluff Streetscape is nearing completion

The first phase of the long-awaited Streetscape project that will change the look of downtown is nearing completion, according to Larry Matthews, the director of the city’s Economic and Community Development Department.

Appearing on the Oldies 101.3 morning show Wednesday, Matthews talked about the work that has been done so far.

He said that there are still a few details to be finished, like landscaping, before contractors move on to Barraque Street, which is currently, in Matthews’ words, “tore up on the north side.” Demolition has started from Walnut to State Streets on Barraque and Matthews said that work should be completed by October.

He also confirmed that Barraque Street will basically have the same look as Main Street.

He said the City has submitted its plans for the second phase of Streetscape, from 4th Avenue to 8th Avenue to the Arkansas Department of Transportation for their input. Matthews said the initial phase concentrated on the “Old Town” while the second phase includes the financial and arts and science areas and the appearance will change slightly but features such as expanded sidewalks will remain.

On another subject, Matthews said city officials are waiting on a report from an engineering firm that was hired to prepare a report based an inspection of the 28th Street Overpass by the Arkansas Department of Transportation. That inspection indicted what Matthews called “a few deficiencies” that need to be corrected, such as tightening up nuts and bolts, repairing some weak spots and doing some overlays. He went on to say that the reported deficiencies are “not a safety issue.”

Matthews was also asked about drainage problems in the city, and particularly about the Harding Drain. 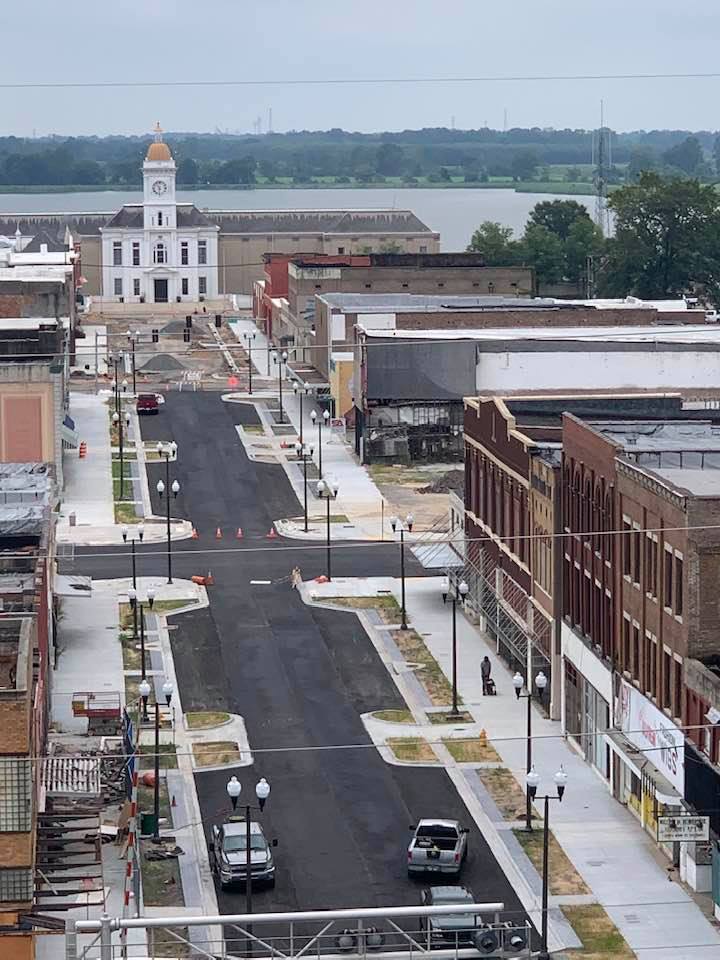