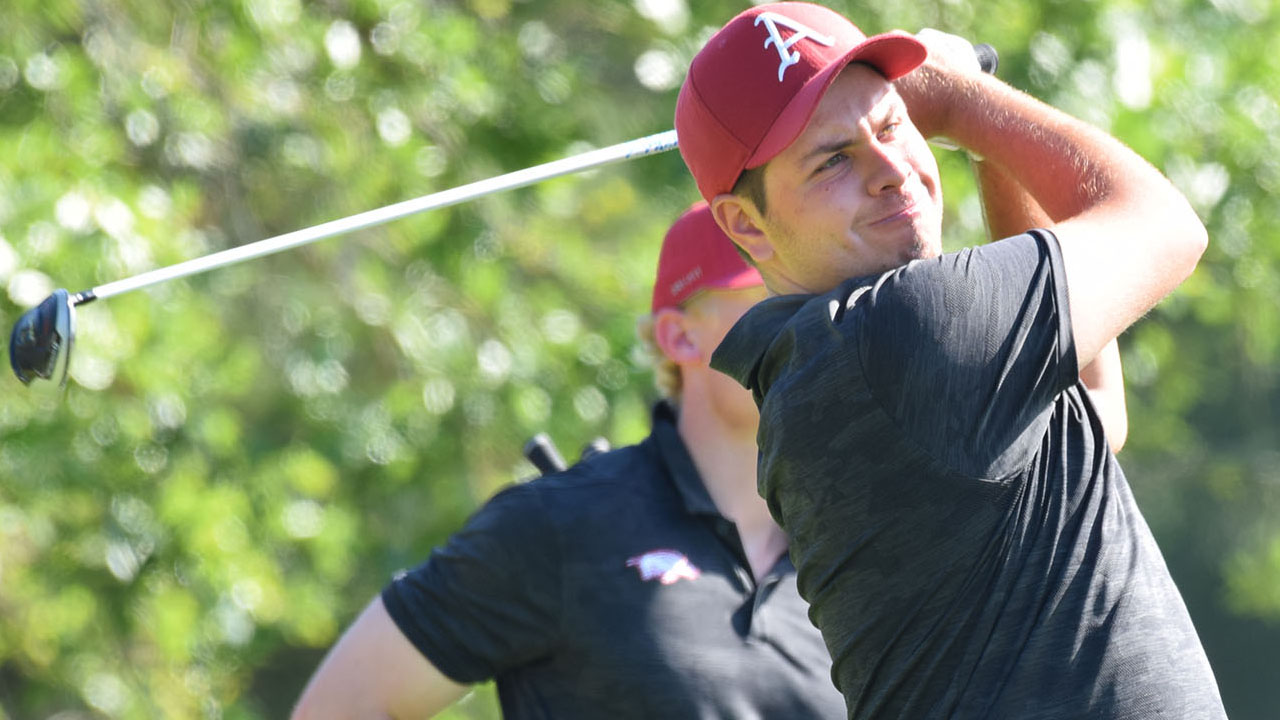 SIMONS ISLAND, Ga, – Julian Perico shot a bogey-free round of 4-under-par 66 to lead the Arkansas men’s golf team in the opening round of the 2019 SEC Championship, played on the Seaside Course at Sea Island Golf Club (par 70, 7,005-yards). The Razorbacks are tied for eighth after 18 holes, carding an opening-round 281.

Perico stands in third place and is one shot off the lead, held jointly by Vanderbilt’s Will Gordon (ranked eighth nationally) and Georgia’s Trent Phillips (ranked 14th nationally). Perico, Gordon and Ole Miss’ Jack Gnam (-3) were the only three golfers to post a bogey-free round Wednesday.

Perico opened the day with five consecutive pars before posting back-to-back birdies the par-3 6th hole and par-5 7th hole. The freshman then reeled off seven straight pars before carding birdies on holes 15 and 17 for his round of 66. Perico has 10 rounds in the 60’s this season and he is 7-under par over his last two rounds, shooting a 3-under 68 in the final round of the Husker Invitational.

Overstreet is tied for 15th after posting a 1-under-par 69 Wednesday. The junior was down early after a double bogey on the third hole. He got back to even par after birdies on holes 7 and 10 before dropping a shot on hole 11. Overstreet rallied to birdie the par-4 13th hole and par-5 15th for his third career round in the 60’s at the SEC Championships and 24th overall.

Reeder and Garza are tied for 49th, each shooting a 3-over 73. Reeder shook off a slow start, being 4-over over through seven holes. However, he played the next 10 holes at 2-under before settling for his 73. Garza had 13 pars and a birdie on Wednesday to post his 73. William Buhl rounded out the quintet by shooting 75 to tie for 58th.

Perico, Overstreet and Reeder combined for six birdies over the final six holes to put the Razorbacks among the top 8.