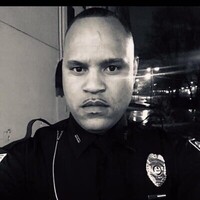 Pine Bluff Police Chief Kelvin Sergeant on Thursday was asked Thursday if the shooting death of Officer Kevin Collins was like a “gut punch to the department?”

Sergeant said in thinking back to the day it happened, he remembered being at the hospital with a number of other officers who were standing around waiting to see what happened and as he watched, he realized that the work had to go on.

During a meeting of the City Council’s Public Safety Committee Wednesday, Sergeant said police have made arrests in 17 of the 24 homicides that have occurred this year and was asked if detectives have leads or suspects in the others.