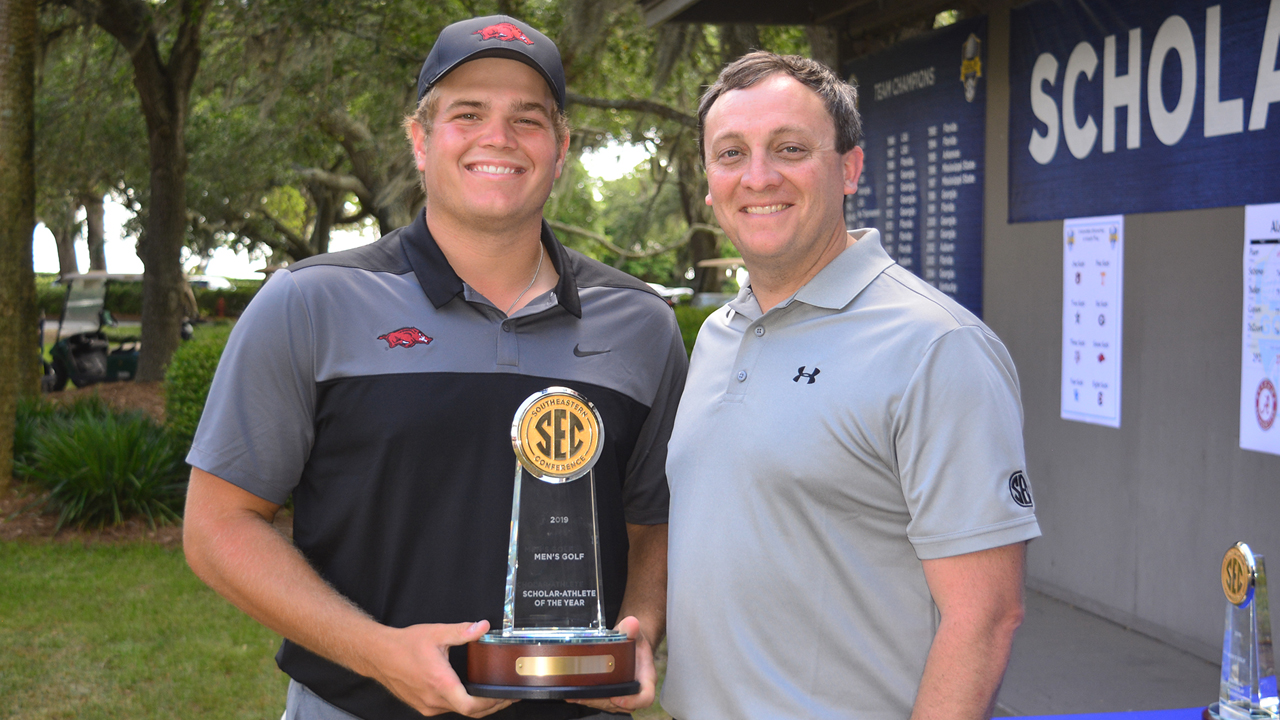 ST. SIMONS ISLAND, Ga, – Arkansas junior Mason Overstreet was voted the SEC Men’s Golf Scholar-Athlete of the Year, as voted on by the league’s head coaches.

Overstreet has earned Dean’s List in all of five of his semesters at Arkansas and made just two B’s in his collegiate career. He was recognized by the SEC as a freshman on the First-Year Academic Honor Roll and again last season on the Spring Academic Honor Roll.

On the course, Overstreet was named honorable mention All-America in 2017 after finishing runner-up at the NCAA Championships as a freshman. He added PING All-Region honors last season. For the second straight year has a stroke average below 72, averaging 71.78 strokes heading into the SEC Championships this season, and carries a career stroke average of 72.17. In 113 career rounds, his score has counted toward the team total 94 times, including 29 of his 32 rounds this season. Overstreet has six top 20 finishes this season, including two in the top five. For his career, he has 18 career top 20’s, including five in the top five with a win at the 2017 Jerry Pate Intercollegiate.

NCAA Golf Championships
The University of Arkansas and Blessings Golf Club are the proud hosts of the 2019 NCAA Women’s and Men’s National Championships. The women’s event begins May 17 and is immediately followed by the men’s championship beginning May 24. For more information or to volunteer for the event, log on to www.NCAAGolf19.com.