At least one person is dead and two injured in a chemical plant fire on the outskirts of Houston, officials said.

The explosion at the KMCO plant was caused by a fire in a tank of colorless flammable gas isobutylene and broke out around 11 a.m. Tuesday, according to the Harris County Sheriff’s Office.

Authorities had asked everyone within a mile radius of the plant to shelter in place. Among the victims, one died at the scene of the fire and the two injured were airlifted for treatment, Harris County Sheriff Ed Gonzalez said. He also wrote on Twitter that a transfer line ignited in the area of the tank of isobutylene “and the tank caught on fire. An adjacent storage building with solid goods also caught fire.” 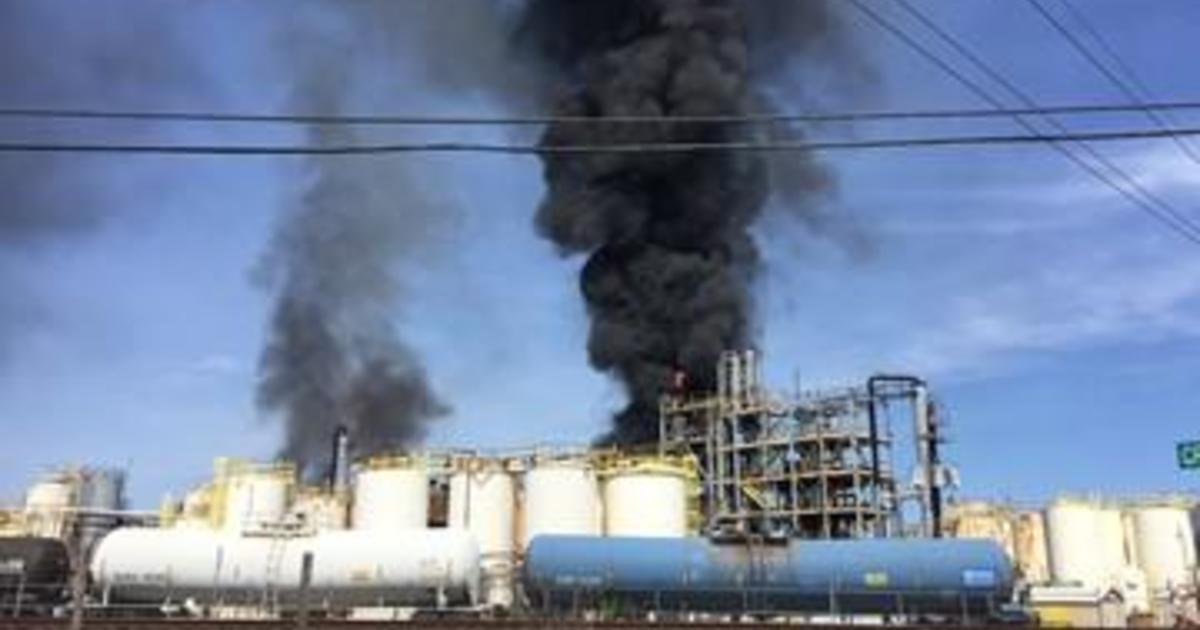 Via www.cbsnews.com
Officials are responding to an explosion and fire at a chemical plant in Crosby
04/02/2019 3:38 PM