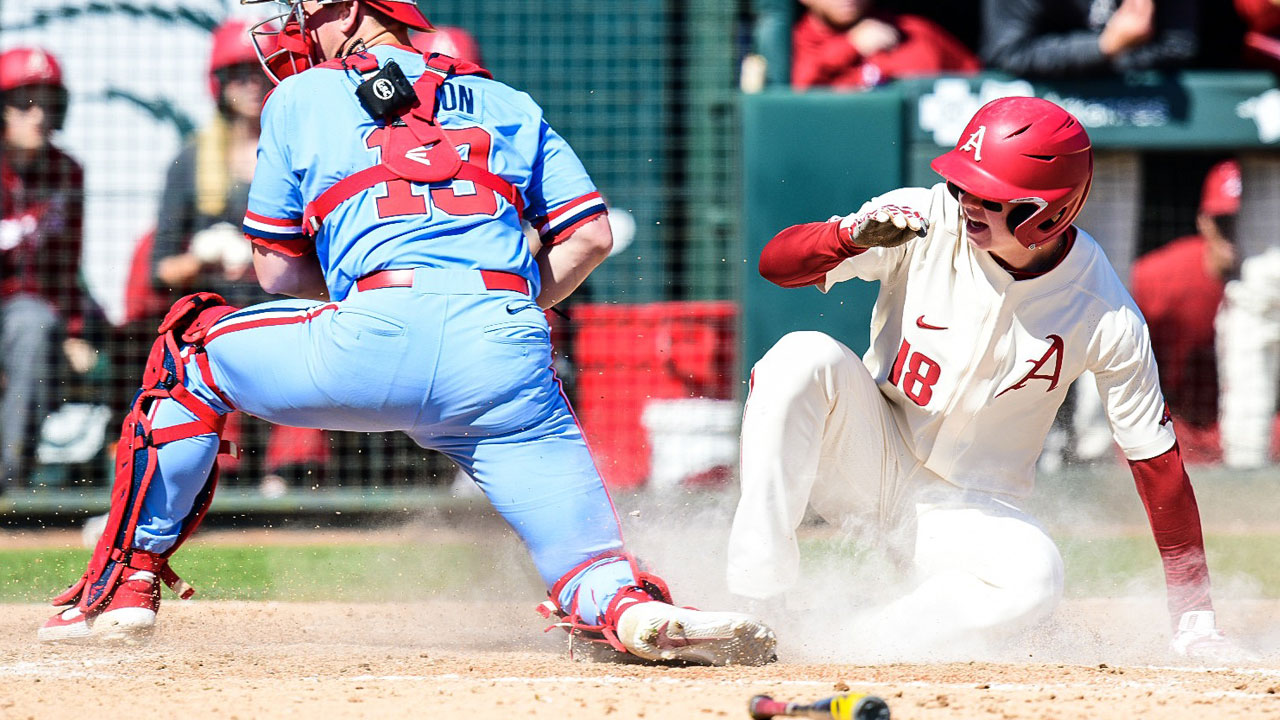 FAYETTEVILLE, Ark. – Eighth-ranked Arkansas and 21st-ranked Ole Miss traded leads four times Sunday afternoon in the rubber match at Baum-Walker Stadium, but it was the Rebels that scored six-straight runs in the sixth and seventh innings to beat the Razorbacks, 10-5, earning the series victory.

Ole Miss (20-9, 5-4 SEC) had its leadoff batter reach base in every inning but the first and put the pressure on the Razorback arms early. Redshirt junior Cody Scroggins worked his way out of a few jams early on for Arkansas, giving up just two runs over four innings, one being a home run. However, once the bullpen took over, the Rebels were able to put 14 runners on base over the next three innings, scoring eight times and build their lead to five.

Arkansas’ offense responded well early on when it scored twice in the fourth and three times in the fifth to take its only lead of the game at 5-4. Junior Dominic Fletcher drove in two of the Hogs’ runs with a single in the fourth and a double down the left field line in the fifth. He finished the game 2-for-4 and had five hits in the series, three being doubles.

Fletcher now has 14 doubles this year, which is already two less than he had all of last year. His total also ties for the most in the SEC.

Sophomore Casey Martin provided the only other runs for the Razorbacks in the fifth when he hit his team-leading sixth home run of the year, a two-run blast that tied the game at 4-4. Martin has two home runs in his last five games and is batting .323 over his last seven games with three multi-hit performances. He went 6-for-13 (.462) in the series against Ole Miss and has a six-game hitting streak.

Along with Martin and Fletcher, Heston Kjerstad, Jack Kenley and Christian Franklin all had two hits in the game. Kjerstad was held hitless in the series until a single in the fourth inning of Sunday’s game. Kenley has three hits in his last seven at-bats, while Franklin turned in his first multi-hit game since March 19 at No. 9 Texas.