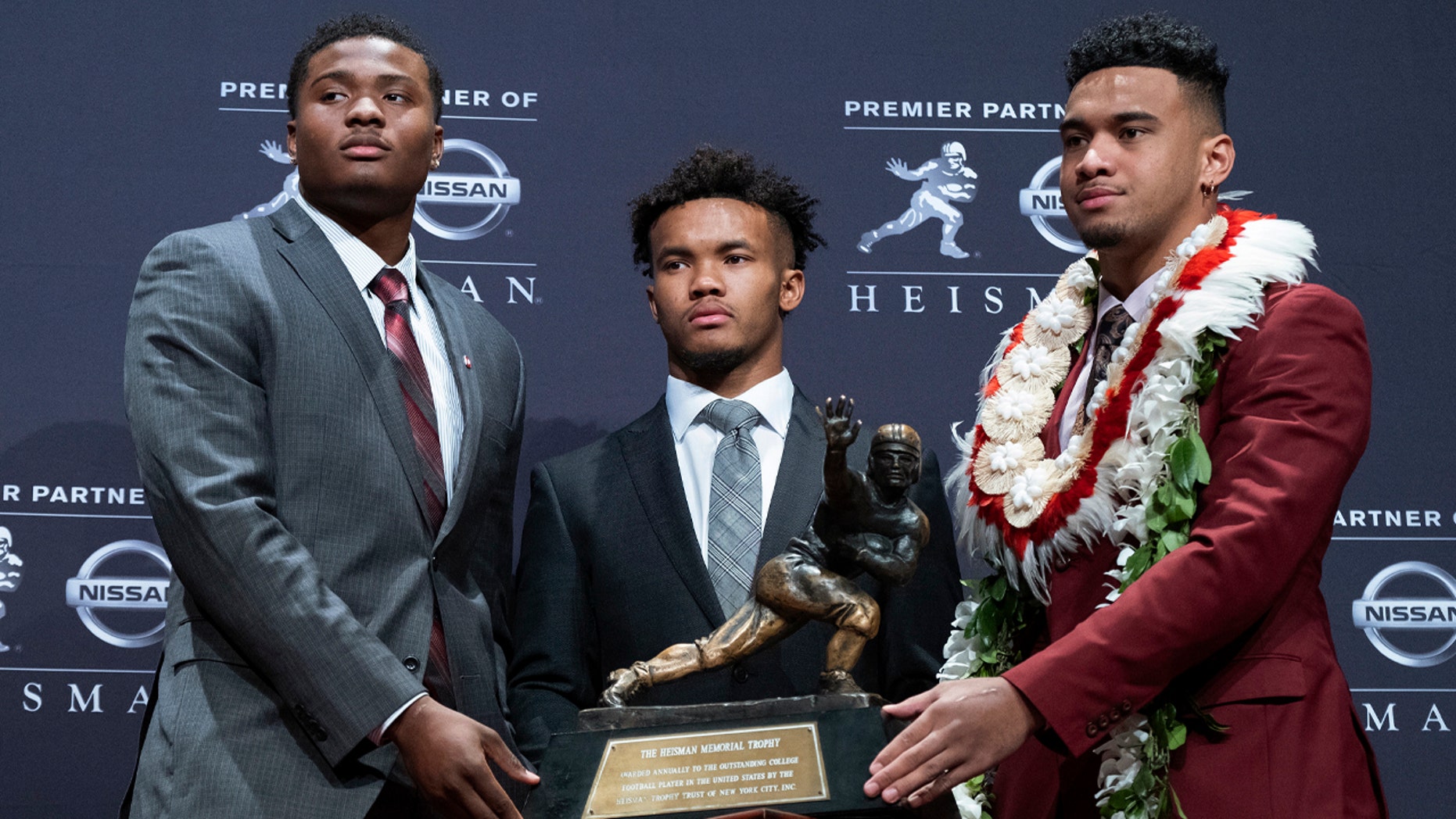 The fourth-ranked Sooners play the top-ranked Crimson Tide in the Orange Bowl semifinal Dec. 29 in the seventh bowl matchup of Heisman winner and runner-up, and first since second-place finisher Vince Young and Texas beat Reggie Bush and Southern California in the 2006 Rose Bowl.

This season, Murray stepped into the starting job at Oklahoma held by last year’s Heisman winner and first overall NFL draft pick, Baker Mayfield. Oklahoma is the first school with have Heisman-winning quarterbacks in consecutive seasons and the fifth overall with winners in back-to-back years.

Unlike most seasons, the winner was far from a foregone conclusion, but Murray (517 first-place votes and 2,167 points) ended up with a fairly comfortable margin of 296 points over Tagovailoa. Ohio State quarterback Dwayne Haskins, the other finalists, was a distant third with 783 points. Three more quarterbacks followed: Will Grier of West Virginia, Gardner Minshew II of Washington State and McKenzie Milton of Central Florida.

Murray was named on 92 percent of the Heisman ballots, third most all time. Tagovailoa’s 1,871 points received was the most for a runner-up in the 84-year history of the Heisman.

Tagovailoa was the Heisman front-runner for most of the season, but Murray surged late as the Sooners turned to him and its offense to bailout a leaky defense down the stretch. Meanwhile, Tagovailoa picked a bad time to have his worst game of the season, throwing two interceptions in the Southeastern Conference championship against Georgia and leaving early with a sprained ankle.

Murray’s first season as a starting quarterback in college is set up to also be his last. He has already signed a $4.66 million contract with the Oakland Athletics after he was selected in the first round of the Major League Baseball draft in June. Listed at 5-foot-10 and 195 pounds, Murray is small for an NFL quarterback but talented enough to be an intriguing prospect if he ever decided to give it a try.

Oklahoma’s late-season Heisman campaign for Murray harkened back Bo Jackson, the 1985 Heisman winner who went on to star in both the NFL and MLB, and his Bo Knows Nike ads.

“I’d like to do both (baseball and football) if possible,” Murray said Friday. “But I don’t know how possible that is.”

“The NFL hasn’t had a 5-10 or shorter quarterback have sustained success in a long time, but Murray has a rare skill-set with his arm talent, mobility, and instincts,” Brugler said.