The AP announced Thursday that Oklahoma quarterback Kyler Murray has been named The Associated Press college football Player of the Year.

Murray is the second straight OU quarterback and fifth Sooner overall to win the award since it was established in 1998. He received 39 first-place votes and a total of 145 points, topping finalists Tua Tagovailoa of Alabama (117 points) and Dwayne Haskins of Ohio State (55 points) in voting among 56 AP college football poll voters who submitted player of the year ballots. It was also announced Thursday that Murray is a finalist for the Earl Campbell Tyler Rose Award. He is already a finalist for the Heisman Trophy, Walter Camp Player of the Year Award, Maxwell Award, Davey O’Brien Award and Manning Award. The winner of the Earl Campbell Tyler Rose Award will be announced at an award banquet in Tyler, Texas on Jan. 9, 2019. 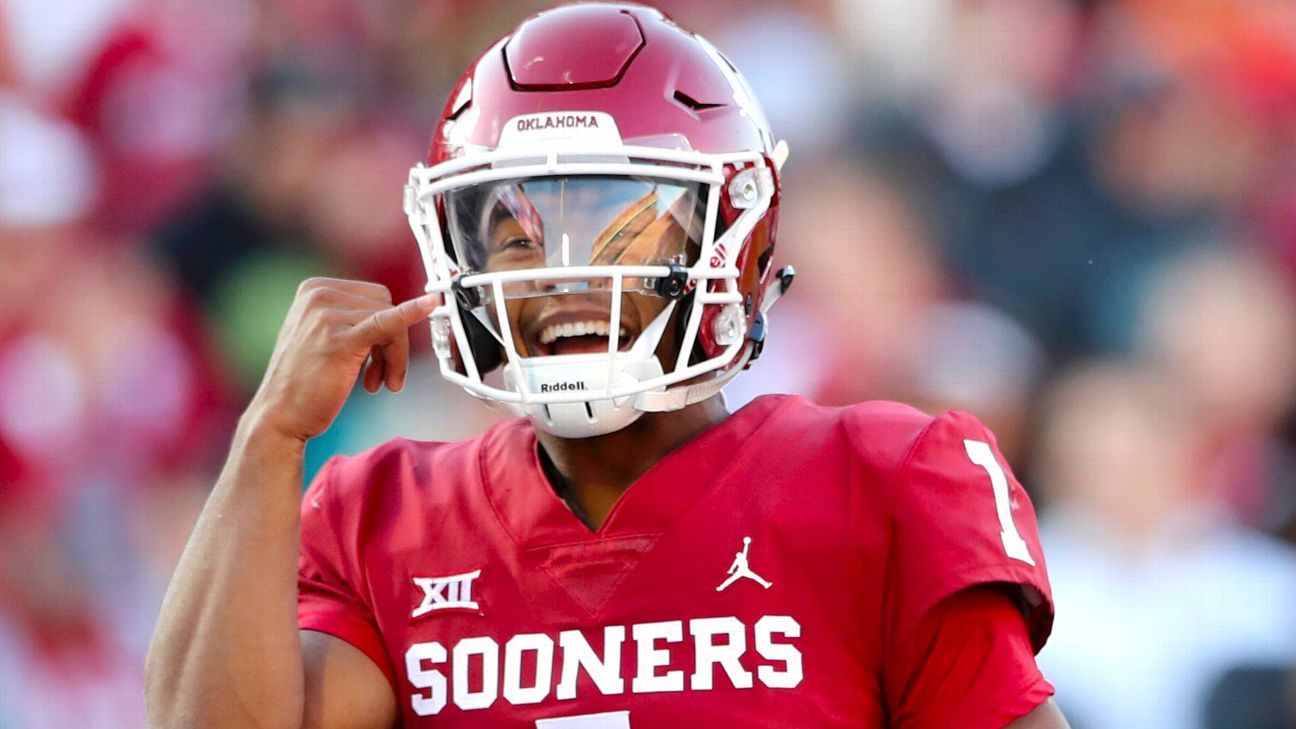