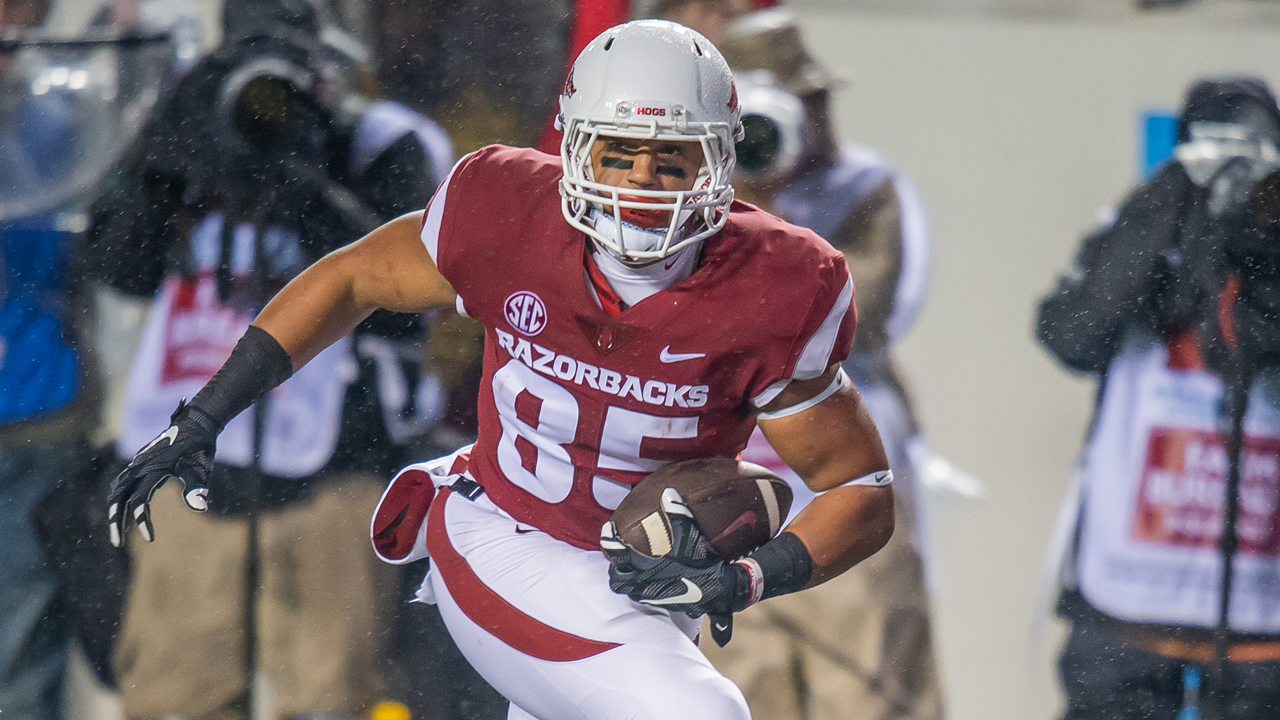 FAYETTEVILLE, Ark. – Arkansas football’s Cheyenne O’Grady has been named to the 2019 John Mackey Award Preseason Watch List, which is presented annually to the most outstanding collegiate tight end.

A native of Fayetteville, O’Grady is poised for a strong finish to his collegiate career in 2019 after a breakout season as a junior. He led the team in receptions (30) and receiving touchdowns (six) last year, racking up 400 yards for an average of 13.3 yards per catch. O’Grady posted four of the top receiving games by a Razorback in 2018, the most by an Arkansas player last year.

Three of his top four performances featured games with receiving totals of 75 yards or higher, with a season-high 83 yards on six catches and a touchdown against Vanderbilt on Oct. 27. O’Grady was the only Razorback to post two multi-touchdown reception games in 2018, doing so against Alabama (Oct. 6) and LSU (Nov. 10), scoring twice in both. His efforts helped make Arkansas one of four SEC teams to complete passes to four different tight ends in 2018.

The 2019 John Mackey Award will be announced on Dec. 11, and then presented live the next night at The Home Depot College Football Awards Red Carpet Show on ESPNU in Atlanta, Georgia.