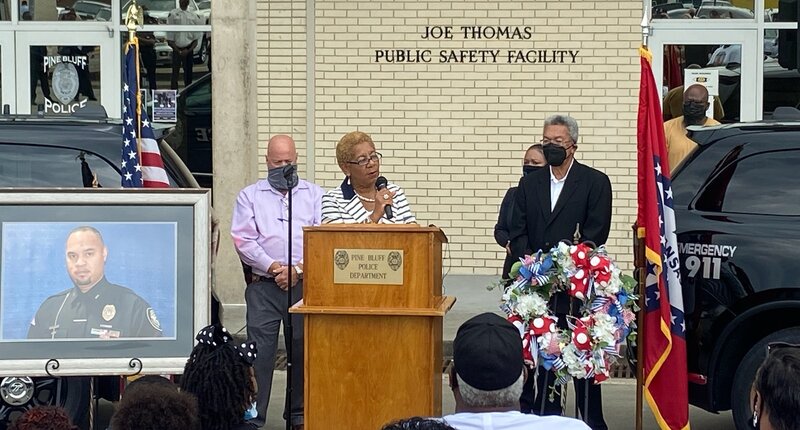 Washington spoke about her resolution, and why she decided to honor Collins in this way.

Additionally, Washington announced that the Pine Bluff Police Department will have a new training center soon, and that center will be named after Collins.

You can watch Mayor Shirley Washington’s speech at Tuesday’s service in the video player below.