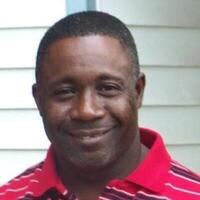 On August 8, 1963, Earmon Junior was born in England, Arkansas as the 8th child of Raymond and Ludie Junior. In a large family, Earmon got into his share of fun and mischief, and was nicknamed Burger Bear by his mother. As he got older, the nickname was shortened to Bear, and he was also known to many of his friends as Smokey.  Along with his younger siblings, Earmon attended Humnoke High School and was active in sports.

Earmon loved a good time. He was a fun-loving person that people knew as a jokester and comedian. Throughout his life, a person could not spend much time around him without laughing. Like his father, he drew happiness from nature and enjoyed hunting and fishing.  He was a long-time employee of Riceland Foods in Stuttgart, and worked there until his health no longer allowed him to work. Cancer may have slowed him down, but when he felt up to it, he still managed to spend time hunting and fishing.

By the time God called Earmon into eternal rest on July 29, 2020, he had accepted Christ into his life. He was preceded in death by his parents: Raymond and Ludie Junior, his sister Carolyn Sue Trotter, his brother Harvey Junior, and his cousin/foster brother James (Joe) Davis.