The New York Yankees set the major league record for most home runs in a season, beating the Boston Red Sox 8-5 Saturday for their 100th win this year. Gleyber Torres and Giancarlo Stanton hit homerun Nos. 265 and 266, to bring the team the record. “I’m happy for them. They work really hard at their craft, and it’s a result of a lot of people having success,” manager Aaron Boone said. The Yankees entered Saturday tied with the 1997 Seattle Mariners with 264 homers, after hitting four homeruns Friday night in their 11-6 win over Boston. Torres hit a two-run drive in the fourth inning that gave the Yankees the record, and Stanton added to it with his 38th HR of the season in the 7th inning. 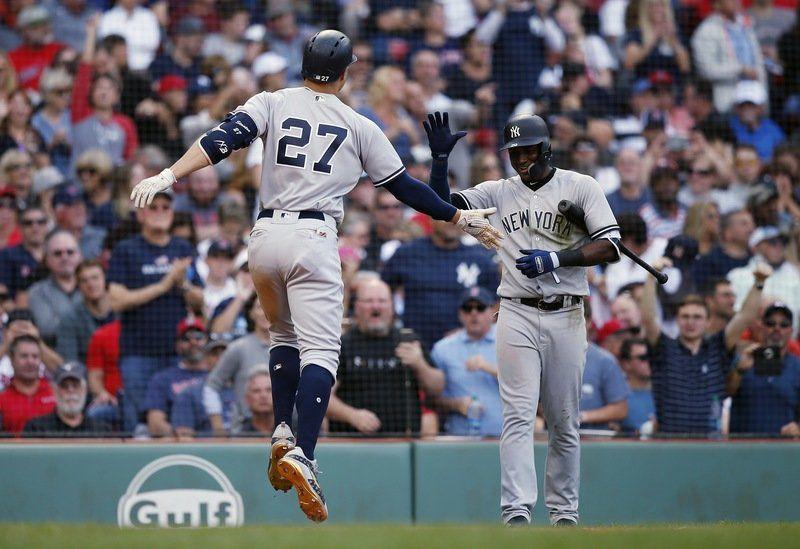 Via www.eagletribune.com
A couple of them, in fact. Gleyber Torres and Giancarlo Stanton connected as the playoff-bound…
09/29/2018 8:40 PM