Yankees center fielder Aaron Hicks, who injured his back while taking batting practice on March 1st, will not be ready for opening day.  New York manager Aaron Boone didn’t rule out Hicks returning during the second week of the season, however. Said Boone on Sunday: “there’s still a little bit (of discomfort) in there and we just want to make sure that this isn’t some thing that lingers during the season.”

Hicks and the Yankees agreed to a $70 million, seven-year contract last month. Acquired from Minnesota in November 2015, Hicks has been on the disabled list in all six of his big league seasons, nine trips in all for hamstring strains (three times); oblique strains (twice); shoulder, forearm and intercostal strains; and a concussion.

With Hicks injured, Brett Gardner will shift from left to center field for the Yankees. The injury also means regular designated hitter Giancarlo Stanton will get additional time in left field, and that both first base contenders, Luke Voit and Greg Bird, can possibly make the roster.

The Yankees open the regular season at home March 28 against the Baltimore Orioles. 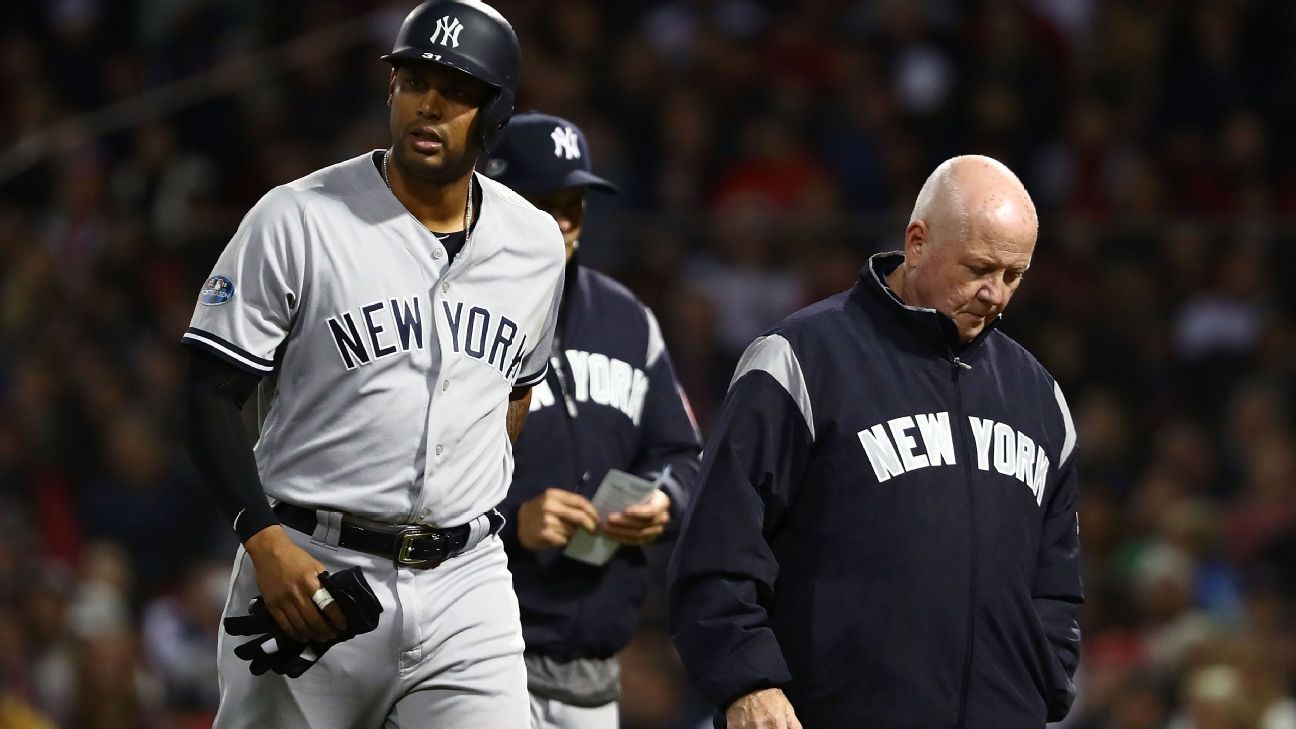 Via www.espn.com
Yankees center fielder Aaron Hicks will miss the first series of the regular season because of a…
03/17/2019 11:09 AM