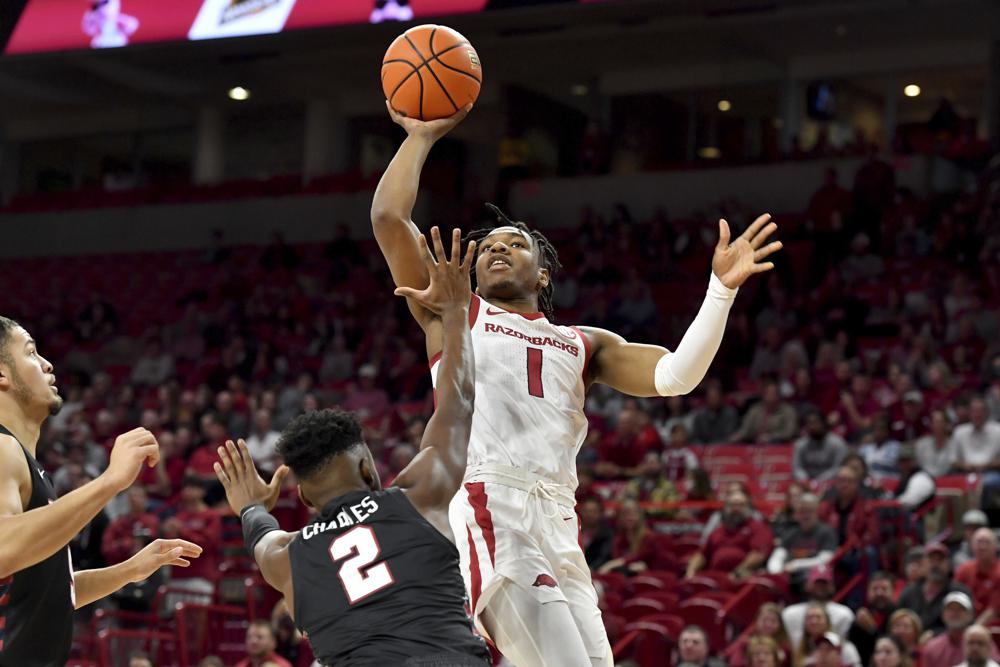 Stanley Umude had 19 points and Au’Diese Toney scored 12 for the Razorbacks (6-0). They combined with Notae to score 32 of the team’s 37 points in the first half as Arkansas built an 11-point lead.

“(Notae) did make an effort tonight to get to the basket. That’s where he’s really lethal,” Arkansas coach Eric Musselman said. “Off-the-bounce game, his attacking of the rim is really the reason we recruited him above all else.”

The Razorbacks started the second half on a 12-1 run that increased their advantage to 22 points. Penn (3-6) pulled within 10 points when Arkansas missed four shots, two free throws and committed three turnovers during a four-minute stretch, but the Quakers made just one field goal in the final 5:15.

Arkansas, playing at home for the first time in 11 days, out-rebounded Penn 44-28, scored 16 second-chance points and outscored the Quakers 13-4 on the fast break.

Penn, like the rest of the Ivy League, is still finding itself after the conference did not play any games last year because of COVID-19.

Arkansas wasn’t always pretty, but showed again it has firepower when needed.

“I’m on edge today about getting better,” Musselman said. “This ball club, it’s a challenge to coach. We’re going to have to continue as a staff to try to get our philosophies ingrained in them.”

Arkansas: Hosts Central Arkansas from the Southland Conference on Wednesday.