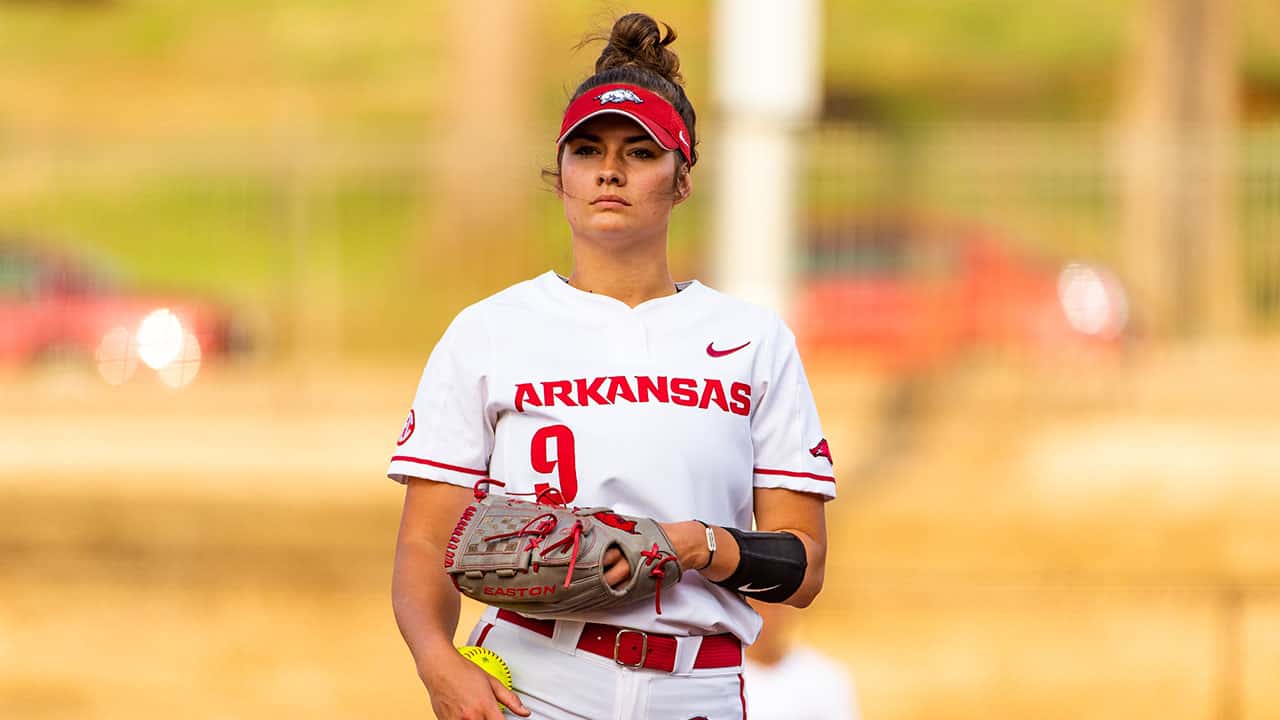 FAYETTEVILLE, Ark. – Arkansas’ bats were quiet through the first five innings but found their groove and posted a four-run sixth in a come-from-behind 4-1 win over Boston University in the Bogle Park home opener on Thursday afternoon. Both the No. 23 Razorback’s (8-1) and Terriers’ (9-2) starting pitchers did not allow a run through the first five innings, and Arkansas eventually turned to its bullpen to close out the game.

Boston U, the two-time defending Patriot League Tournament champions, were able to strike first in the top of the sixth inning on a double down the right field line. Despite the one run deficit, Arkansas was quick to respond. Senior Syndey Parr topped a single to third and junior Danielle Gibson walked to start off the bottom of the sixth. With two outs, junior Linnie Malkin smoked a two RBI low line drive double past the BU centerfielder to give Arkansas the 2-1 lead. Arkansas scored two more in the inning on a wild pitch which went to the backstop and a throwing error by the catcher.

Boston University put a runner on via a walk in the seventh inning, but the tandem of junior Mary Haff and freshman Jenna Bloom did not allow any damage. Senior Autumn Storms earned the start and worked 5.1 innings, allowed four hits, one earned run and struck out five in the no decision effort. Haff (3-1) was the pitcher of record out of the pen and went 1.1 frames with a strikeout. Bloom registered her second save of the season as she came in with two outs in the bottom of the seventh to retire one hitter.

Back-to-back Patriot League Pitcher of the Year Ali DuBois (6-2) tossed all six innings for the Terriers and struck out seven. She walked three and allowed three earned runs.

Both offenses had to weather temperatures just above freezing for the duration of the game. The Razorbacks did not record their first hit until the fifth inning on a junior Ryan Jackson double. The designated player led the offense with a 2-for-3 day at the plate.

Arkansas had an early scoring chance in the first inning as it put two runners on base via a walk and an error.

The Razorbacks continue play at the Razorback Invitational tomorrow, Feb. 21, for a pair of games. The Hogs take on South Dakota State at 2:30 p.m. and Marist at 4:45 p.m.