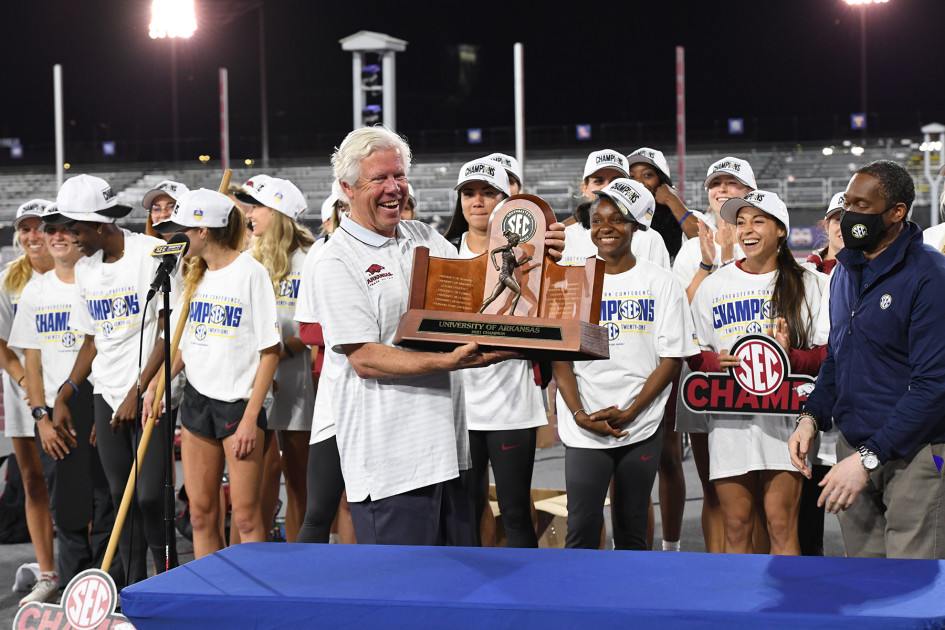 COLLEGE STATION, Texas – No. 2 Arkansas completed its seventh SEC triple crown by claiming a ninth SEC Outdoor Championship on Saturday by six and half points over No. 1 LSU at E.B. Cushing Stadium with Alabama 11 points behind in third place.

“It was a battle all the way through and we knew we were going to have kind of a triangular with LSU and Alabama,” stated Razorback women’s head coach Lance Harter. “They have phenomenal teams and LSU is ranked No. 1 in the nation for a reason.

“So, we knew it was probably going to come down to the last day and the last event. Sure enough, it did. We were pleased that we were able to stay in the hunt. I’m elated with the performances from Thursday through today.”

This marked the 20th SEC title over the past 21 SEC Championships contested in cross country, indoor and outdoor track for the Razorback women’s team.