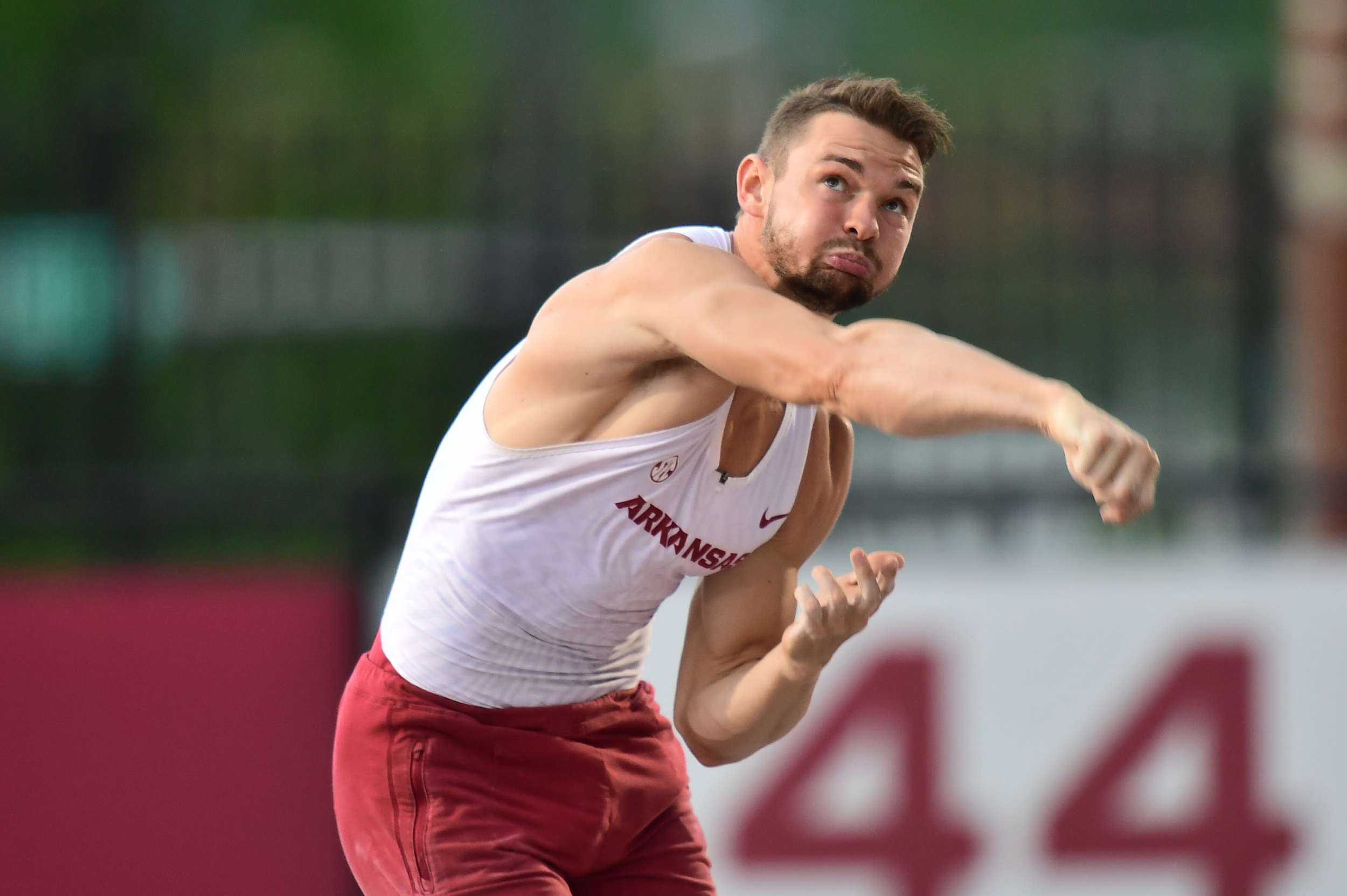 FAYETTEVILLE, Ark. – The No. 17 Arkansas men’s track and field team wrapped the regular season on a rainy Friday night at the Arkansas Twilight at John McDonnell Field in Fayetteville.

Senior Erich Sullins kicked off the afternoon for the Razorbacks with a first-place finish in the hammer throw. The senior improved in each of his first three attempts, landing on a Friday-best of 64.45m (211-5) to earn the win in the event for the second consecutive year.

Before the weather delay, senior Gabe Moore posted a victory in the javelin behind a throw of 54.88m (180-1) on his second attempt. Freshman Daniel Spejcher placed fourth in the event, improving his distance on each of his first four throws, topping out at 44.48m (145-11).

Junior Nick Hilson took fifth in the 400 meters behind a time of 48.15 and sophomore Reese Walters placed fourth in the 800-meter run at 1:54.41 to round out the day on the track for Arkansas.

Up next, the Razorbacks turn their attention to the SEC Outdoor Championships on May 9-11 at John McDonnell Field in Fayetteville.