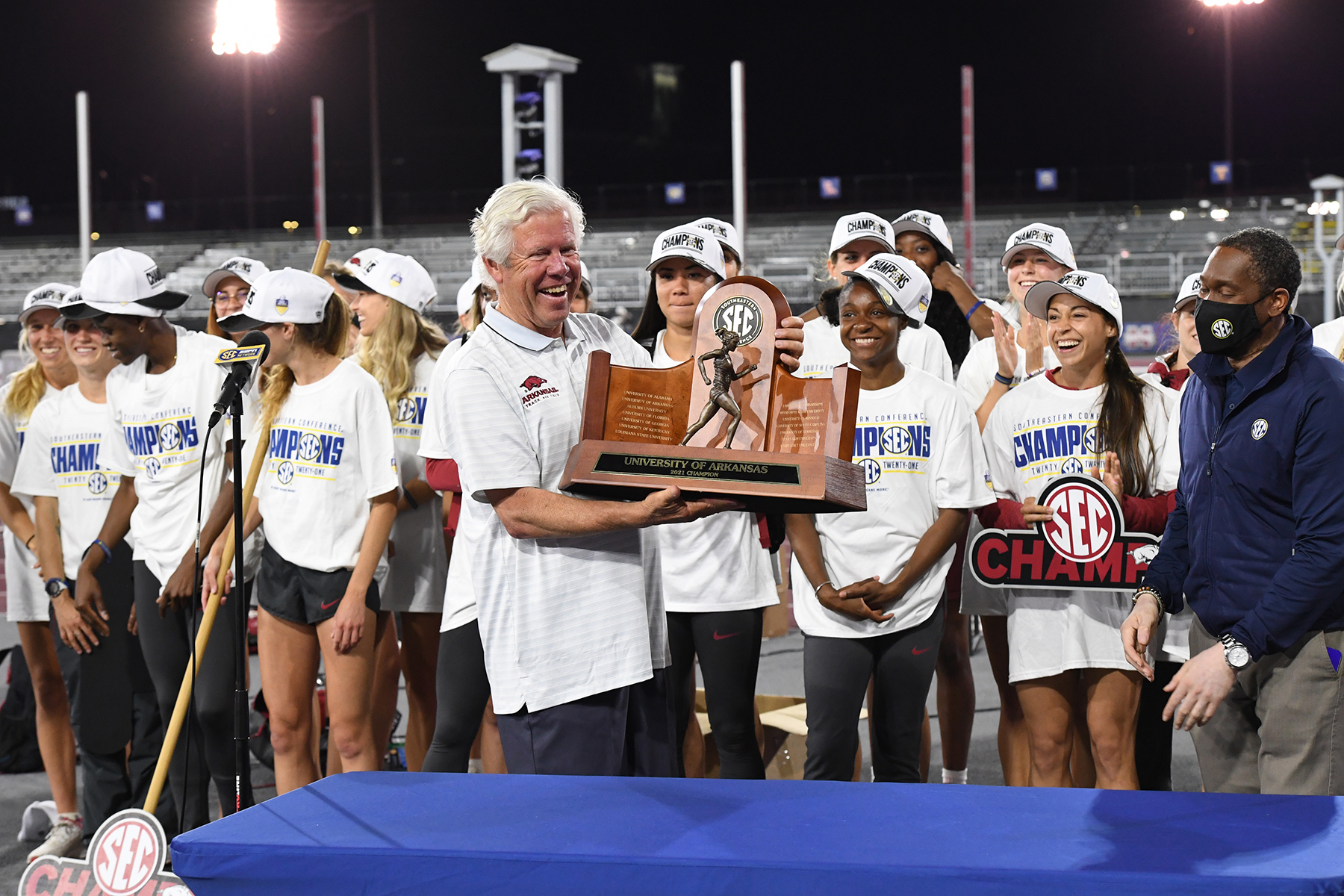 BIRMINGHAM, Ala. – Razorback women’s head coach Lance Harter was named SEC Outdoor Coach of the Year. His trio of SEC coaching honors this season matches the conference triple crown achievement by the Razorbacks with titles in cross country, indoor and outdoor track and field seasons.

This marks the ninth time earning SEC Outdoor Coach of the Year honor for Harter and it’s his 42nd overall in the conference among his 31 years with Arkansas. He has received the honor 21 times in cross country and 12 times during the indoor season.

In defending their 2019 SEC title, the Razorbacks claimed its 20th conference title in the past 21 SEC championships contested among cross country, indoor and outdoor track and field. Arkansas scored 127 points to hold off the challenge from No. 1 LSU, who was runner-up with 120.5 points, and Alabama (116).

Scoring in the distance events provided Arkansas with 58 points across four events with double digit points in each discipline – 1,500 (12), 5k (18), 10k (13), Steeple (15). The Razorbacks produced points in 12 of the 14 events they contested, with the highest output being 23 points in the pole vault.