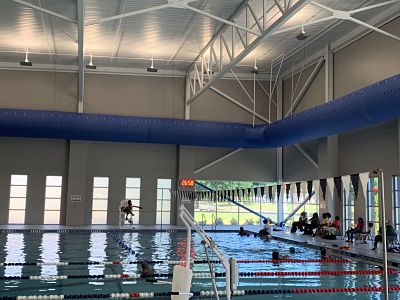 The Pine Bluff Aquatics Center which opened in 2020 is now under the direction of Farrin Cain who has been in his position for just six weeks. Cain is a Houston, TX native and a University of Arkansas at Monticello graduate who previously was the director and swim coach for 13 years at the Aquatics Center of Healthworks Fitness Center in El Dorado.

Cain talked with Deltaplex News Wednesday, and explained how and why he started working at the aquatics center.

Cain wasted no time once he started working for the Aquatics Center with implementing a Learn to Swim Program that is funded through a grant to provide free lessons to the community. The center offered two summer sessions with 50 slots each and all 100 spots were filled within 48 hours. Cain told Deltaplex about the program.

The second Learn to Swim session takes place from July 5th until July 22nd and Cain mentioned that they are anticipating hosting another session in August.

The Aquatics Center also is now over the Pine Bluff Swim Team, which will now last year-round under Cain’s coaching. He said “hopefully the goal for the future is to get participants from the Learn to Swim Program wanting to join the team, that’s the goal.”

The center also is hosting its first major event, the Arkansas AAU Swim State Championships this weekend, from Friday, June 25th until June 27th, and is expected to host 13 teams with over 150 swimmers.

The center also allows the community to host private events and parties, Cain went on to explain.

The center offers other programs including Water Aerobics, Aqua Zumba, and open swim available for a cover charge of $5. For information on what’s going on at the center, you can visit their site located at 400 E 11th avenue. 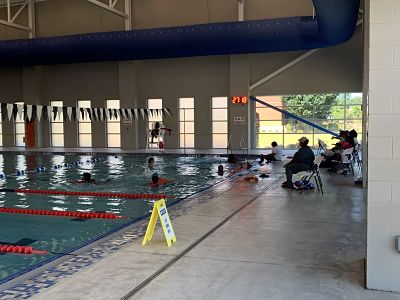 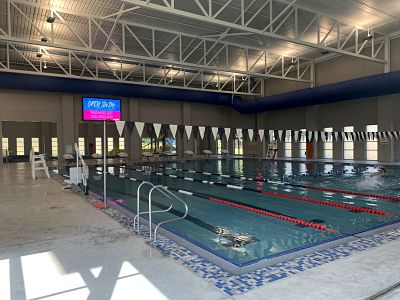