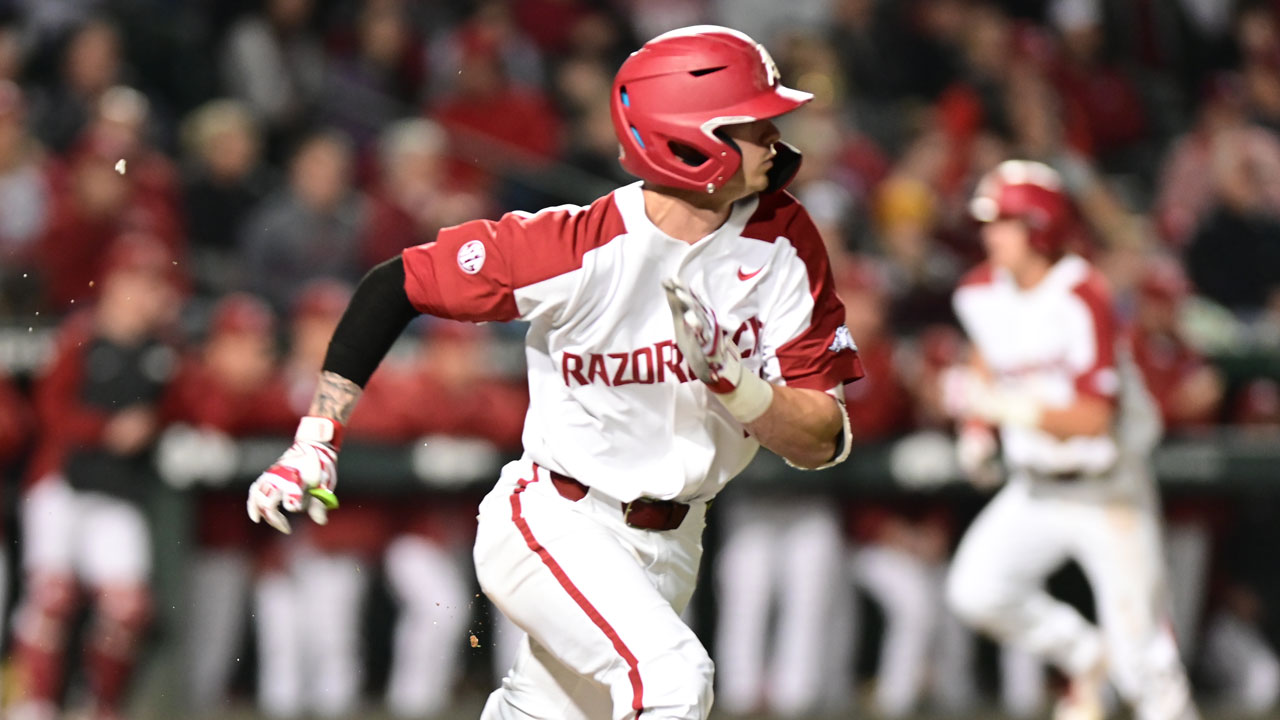 FAYETTEVILLE, Ark. – Tuesday night will mark a historic night in Arkansas Baseball history as the ninth-ranked Razorbacks will face the Little Rock Trojans at Baum-Walker Stadium at 6:30 p.m. It will be the first-ever meeting between the two programs in the regular season and will be the first of two games Arkansas will play against in-system schools.

Arkansas (22-6, 6-3 SEC) is looking to get back on the winning track after dropping two-of-three against then-No. 21 Ole Miss last weekend. The series loss snapped a streak of 18-consecutive home series wins dating back to 2017, but now the Hogs have their sights set on earning a win on Tuesday to take momentum into their weekend series at Auburn.

Freshman Patrick Wicklander will take the hill for his fifth-consecutive midweek start. The San Jose, California native got the nod last week at Missouri State and was unhittable for two innings, striking out the final five batters he faced. In his five starts this year, Wicklander has a 2.84 ERA and a 4.67 strikeout-to-walk ratio.

The bats of Dominic Fletcher and Casey Martin come into the eighth week of the season hot as both players hit well over .400 last week with Fletcher leading all Razorbacks with a .438 average over the last four games. Three of Fletcher’s seven hits went for doubles last week and his 14 doubles this season ties Mississippi State’s Jake Mangum for the SEC lead.

Martin hit his team-leading sixth home run of the year on Sunday against Ole Miss, extending his hit streak to six games. Against the Rebels last week, Martin went 6-for-13 (.462) with two multi-hit games and has 10 hits during his six-game streak.

Follow Live
Tuesday’s game with the Trojans will be available via SEC Network+ and the ESPN app. Brett Dolan (PxP) and Troy Eklund (Analyst) will have the call.

Fans can listen to the radio call via the Razorback Gameday app and locally on KQSM 92.1 FM as Phil Elson and Bubba Carpenter will have the call from Baum-Walker Stadium. Pregame coverage begins 30 minutes prior to first pitch. There will also be a live radio link available on ArkansasRazorbacks.com.

Locker rooms cause controversy as March Madness kicks off